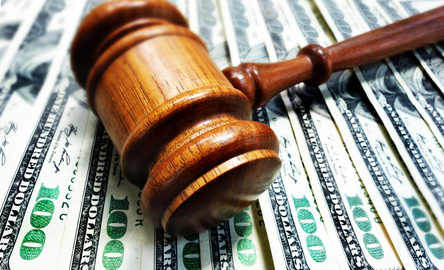 A jury in California has awarded a plaintiff $5.7 million in damages in a Gynecare TVT Abbrevo lawsuit.  The defendant, Ethicon, is the manufacturer of this vaginal mesh product.  Ethicon is a subsidiary of Johnson & Johnson.  This result joins a series of verdicts that have been entered against Ethicon and other vaginal mesh manufacturers.  Broken down, this verdict included an award of $700,000 in compensatory damages and an additional $5 million in punitive damages.  Punitive damages are generally awarded when a defendant is found to have acted with intentional malice or some other level of egregious conduct.  No word was given as to whether or not Ethicon will appeal this verdict.

About This Gynecare TVT Abbrevo Lawsuit

The plaintiff in this case was Coleen Perry, who lives in California.  After suffering from a condition known as stress urinary incontinence, or SUI, she decided to have a vaginal mesh product implanted in her body.  Vaginal mesh products are designed to help women deal with SUI and with pelvic organ prolapse, or POP.  The plaintiff had the product implanted in March of 2011.  Unfortunately, her mesh product allegedly began to erode and she had to have corrective surgery less than a year later.

As a result of the eroding mesh, the plaintiff claimed that she suffered from extreme pain in her vaginal area that the mesh product was designed to minimize.  Sexual intercourse became excruciating and surgery became necessary.  She sued Ethicon and other defendants seeking damages for her losses, and the jury clearly believed her argument and the evidence presented because of the damages award they provided.

Most of these vaginal mesh lawsuits allege basically the same set of facts:  that these products did not function as they were supposed to and that they had to be surgically removed.  In addition to extreme pain in the vaginal area, some plaintiffs have alleged the following types of harm against these manufacturers:

Many plaintiffs allege that by using these products they have suffered permanent injuries and losses.

Clearly, if you have used a vaginal mesh product and suffered as a result, you are far from alone.  However, a consumer should generally not attempt to take on an enormous corporation without legal help.  If you find yourself in this difficult position, you need to seek the help of vaginal mesh lawyers who have been standing up to corporations for the rights of consumers for many years.  Contact Parilman & Associates today to schedule a free initial consultation.  You can either email the firm or call 800-800-DRUG.