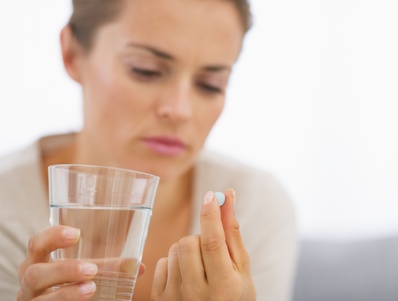 A woman has filed an Avelox neuropathy lawsuit against Bayer Healthcare and Merck in federal court in Washington, D.C.  The lawsuit alleges that the plaintiff suffers from the painful nerve condition as a result of using Avelox, which is an antibiotic medication.  The neuropathy from which the plaintiff suffers is permanent in nature.  As a result, the plaintiff is seeking several different forms of damages from the defendants to compensate her for past, present and future losses.  This Avelox neuropathy lawsuit comes on the heels of warnings issued by the FDA with regards to the use of this medication.  In addition, several Avelox lawsuits have been filed across the country by other consumers.

According to the complaint filed with the court, the plaintiff was prescribed a 10-day course of Avelox in April of 2013.  The plaintiff took the medication as prescribed for a period of four days and began to feel unwell.  The plaintiff returned to the doctor after four days and at that point she was told to discontinue the use of Avelox.  On the following day, the symptoms the plaintiff was experiencing worsened.  She suffered from severe pain and cramping in her legs.  This cramping made it extremely difficult to walk or stand.

The complaint goes on to state that over the next few days, the plaintiff’s condition worsened yet again.  She began to suffer from extreme pain and weakness over her entire body.  She also began to experience tingling and vibrating feelings that were constant.  Walking, standing, sleeping and other normal functions became extremely difficult.  At that point, the plaintiff was diagnosed with pleural neuropathy.

Causes of Action Against Merck and Bayer Healthcare

The plaintiff alleges several different causes of action against the defendants in the Avelox lawsuit, including:

While the allegations in this Avelox lawsuit are relatively common in nature, the reality of the situation is that a consumer faces an extremely difficult battle if he or she attempts to take on one of these companies without the proper legal help.  These corporations have billions of dollars at their disposals that can be and are used to protect themselves.  If you or someone you love has been harmed by this or any other medication, you need to seek the help of the Avelox neuropathy lawyers at Parilman & Associates as soon as possible.  Email the firm now to schedule a free initial consultation or call 800-800-DRUG.