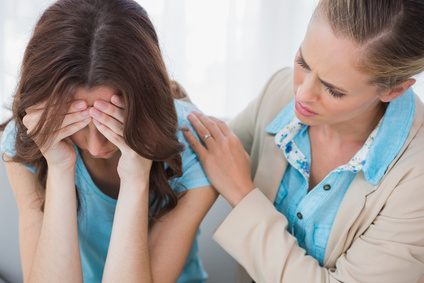 Many women around the country are beginning to express regret that they did not take the time to research their transvaginal mesh products before having them implanted into their bodies.  Most people simply trust their doctors when they are given medical advice.  Many people also realize that researching medical issues online can lead to inaccurate conclusions.  Women who were suffering from incontinence and/or Pelvic Organ Prolapse, or POP, simply wanted to put their pain and struggle in the past.  All of this led to hundreds of thousands of women around the country having a transvaginal mesh product implanted, and many of them now regret that decision.

This regret has led to transvaginal mesh lawsuits being filed around the United States by women who have suffered intense pain and other side effects from using these products.  Many women tried to have these devices removed in their doctors’ offices, but these procedures were often unsuccessful.  Therefore, many have had to be referred to specialists for full surgeries in order to remove these transvaginal mesh systems.  These surgeries can lead to immense suffering as well.  Women who have undergone these procedures have:

Examples of common transvaginal mesh products that have allegedly led to serious complications in women include:

All of the products above are manufactured by American Medical Systems, Inc., otherwise known simply as AMS.  Many AMS transvaginal mesh lawsuits that have been filed include stories of doctors believing the assurances of AMS sales reps.  These reps allegedly told these doctors that these products were safe for use inside of patients.    When complications arose, those prescribing doctors simply offered intensely powerful pain medications and in some cases numbing cream.  Clearly, these steps were only meant to treat the symptoms and not to correct the underlying problem.

Transvaginal Mesh Products and the FDA

If the women who suffered as a result of using these transvaginal mesh products had researched them before having them implanted, they would have found a lot of information regarding potential problems.  For instance, the agency has alerted the public as early as 2008 to more than 1,000 reports of complications associated with using transvaginal mesh products.  More recently, the FDA has stated publicly that approximately 10 percent of transvaginal mesh surgeries fail.  To date, the FDA has received nearly 5,000 reports of complications from patients with regards to these products.

Women who suffer because of these transvaginal mesh products need to stand up for their legal rights.  However, that is much easier said than done when dealing with an enormous corporation that can send a team of defense attorneys after an injured consumer.  Instead, people in this position need to level the playing field.  If this includes you, contact the transvaginal mesh lawyers at Parilman & Associates today to schedule a free initial consultation.  You can do so either by emailing the firm or by calling 800-800-DRUG.