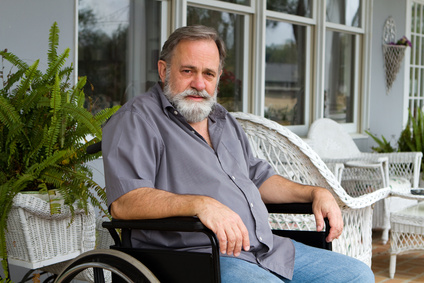 A Georgia man has filed an AndroGel lawsuit against AbbVie, Inc., the manufacturer of this low testosterone medication.  The lawsuit was filed in federal court in Illinois and it claims that the plaintiff suffered several heart attacks as a result of using AndroGel to boost his testosterone levels.  The man is seeking several different forms of damages from AbbVie, Inc.  The lawsuit claims that AbbVie, Inc. wrongfully claimed that AndroGel was a safe medication that had few side effects for those who chose to use it.  This is just one of dozens of AndroGel lawsuits that have been filed across the United States.

According to the documents associated with the lawsuit, the plaintiff began to use AndroGel in November of 2011 after seeing several advertisements for it.  These advertisements allegedly convinced the man that he needed to be checked for low testosterone and that using AndroGel was a safe option for him.  In January of 2013, the man claims to have suffered the first of what would ultimately be three heart attacks.  He believes that these heart attacks were caused by using AndroGel, which is why he is suing AbbVie, Inc.

As a result of these heart attacks, the plaintiff states that he must endure the following conditions:

The plaintiff is seeking damages both for the costs he has already incurred and for those that he will encounter in the future given his new required lifestyle.

This AndroGel lawsuit, as mentioned above, is just one of approximately 30 that have already been filed against AbbVie, Inc.  These lawsuits generally claim that men who have used this medication have suffered heart attacks and strokes.  Several studies have been released in recent years that conclude that using low testosterone medication substantially increases the risk of these medical events.  That could prove to be a serious problem when one considers the fact that more than 5 million men have undergone testosterone replacement therapy, or TRT.

Countless people have been seriously injured by products that were released onto the marketplace by enormous corporations.  While the law states that these consumers should be able to obtain justice, the reality of these situations is that these corporations are difficult to deal with.  Given their vast resources, they are able to protect themselves from individuals who have been injured with highly skilled defense attorneys.

Therefore, people who face this situation need to make sure that they level the playing field.  Doing so will not only provide them with a better opportunity to have their voices heard, but it will also free them to focus on their recoveries.  If you have been harmed by this testosterone product, contact the AndroGel lawyers at Parilman & Associates today to schedule a free initial consultation.  You can either email the firm or call 800-800-DRUG.