Did Big Pharma Turn Low Testosterone into a “Medical Condition” for Profit? 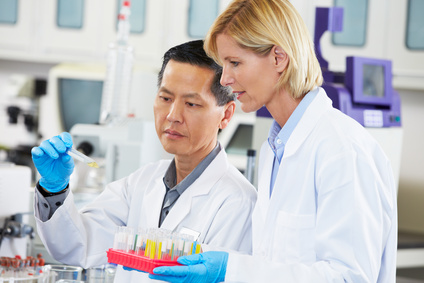 Allegations are beginning to emerge that state that large pharmaceutical companies have worked to position low testosterone as a serious medical condition that requires treatment.  These allegations appear to be present in several testosterone replacement therapy lawsuits that have been filed around the country.  One of the many reasons that this allegation is being made is because men lived with naturally declining testosterone levels for centuries before medication became available.  Since this testosterone replacement therapy, or TRT, medication has been approved for use in the United States, companies have generated billions of dollars in revenue.

Those who tend to defend the pharmaceutical industry state that this is just another conspiracy theory designed to erode trust in the work that these companies do.  Some have tried to lump this emerging argument in with theories that include the belief that pharmaceutical companies put their resources towards treating symptoms of diseases as opposed to cures.  While these theories will likely never be fully vetted, what is indisputable is that these corporations are enormously powerful and that they wield a large amount of public influence.

The following pieces of information are relevant when considering the motivations for pharmaceutical companies to sell low testosterone therapy medication:

As a result of these multi-billion-dollar opportunities presented by low testosterone medications, pharmaceutical companies are spending millions of dollars on aggressive advertising campaigns.  These campaigns state that men who use these medications may experience the following benefits:

While it is true that men’s testosterone levels naturally decline as they age, this is not a disease for most people and it is not a condition that requires treatment.  While some men do need this medication because of drastically falling testosterone levels, there is a difference between these situations and nature running its course.  With several studies indicating that men who use low testosterone medications face much higher risks of heart attacks, strokes and even death, deciding whether or not to undergo this form of therapy should not be a simple decision.

If you or someone you love has underdone TRT and suffered as a result, you need to take action to make sure that your legal rights are defended and enforced.  Contact the testosterone replacement therapy lawyers at Parilman & Associates today to schedule a free initial consultation.  You can either email the firm or call 800-800-DRUG.