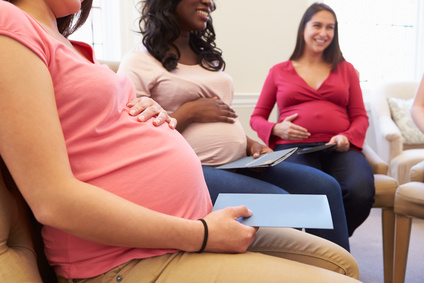 A growing number of Zofran birth defects lawsuits are alleging that the manufacturer of the medication knew about the risks it posed to pregnant women for years.  These lawsuits basically state that the manufacturer of Zofran, GlaxoSmithKline, has known about these risks for nearly a decade.  In addition, some of these Zofran side effects lawsuits are alleging that GlaxoSmithKline specifically knew of the risks Zofran posed to pregnant women despite the drug never being approved for use for these types of patients.  No one is certain as to where this growing body of information will lead.

When Zofran was approved for use in the United States by the FDA, it was supposed to have been used for the treatment of nausea and vomiting by cancer patients and those recovering from surgery.  It was never approved at the time for use by pregnant women.  At some point, Zofran was prescribed to pregnant women to help them deal with the symptoms associated with morning sickness.  This was done despite a lack of specific approval from the FDA.  When a drug is marketed and used for uses for which it is not approved, that is known as ‘off-label’ use.

Zofran lawsuits have alleged that the medication led to the development of birth defects in children born of mothers who had used the drug.  Specifically, many of these claims state that the mothers used Zofran during the first trimesters of their pregnancies, which is a critical time for the overall development of the fetus.  It is also a time when a fetus is particularly vulnerable to several different types of harm.  Examples of alleged Zofran birth defects include:

These problems have allegedly been caused by mothers using Zofran according to several different lawsuits that have been filed.

No one at this point is certain as to when GlaxoSmithKline either knew or should have known about the potential risks Zofran posed to pregnant mothers.  What is known is that as early as 2006, studies began to be published that concluded that Zofran showed a tendency to cross the placenta when used by pregnant women.  That means on a basic level that it could have been assumed that Zofran was being ingested by fetuses.  Several additional studies have since been published that further allege the link between the use of Zofran and children being born with birth defects.

If you or someone you love has been harmed as a result of using Zofran, you need to take action as soon as possible to make sure that your legal rights and interests are protected.  Contact Parilman & Associates today to schedule a free initial consultation.  You can either email the firm or call 800-800-DRUG.