Erectile Dysfunction Benefits of Viagra May Be Outweighed by Melanoma Risks 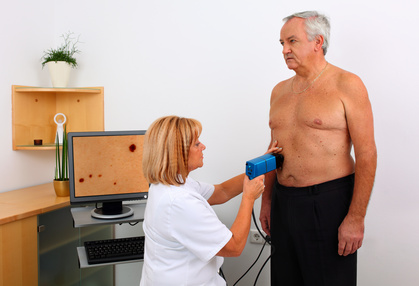 A recent Harvard study revealed that there could be a link between using Viagra and developing melanoma.  Melanoma is an extremely dangerous and often deadly form of cancer.  The revelation has prompted many to wonder whether or not the benefits of using Viagra are outweighed by its risks.  If additional research confirms the existence of Viagra melanoma risks, it could lead to answering the question of whether or not overcoming erectile dysfunction is more beneficial than the risk posed by melanoma.  If it gets to that point, the issue could become quite contentious.  While no Viagra melanoma lawsuits have yet been filed by men, some expect those claims to arise soon.

The Study At Issue

The first widely-circulated study to come out regarding the potential link between Viagra and melanoma was published in the JAMA Internal Medicine publication in June of 2014.  A link to the abstract for that study can be found here.  The study analyzed thousands of men and uncovered a startling finding.  That finding was that men who took Viagra were 84 percent more likely to be diagnosed with melanoma or some other form of skin cancer than men who did not use the medication.

The Benefits of Viagra

The only benefit that would be considered by the FDA if this issue progresses that far would the benefit of men avoiding erectile dysfunction, or ED.  It should be noted that Viagra does not cure erectile dysfunction, but rather overcomes it temporarily so that men can enjoy a higher level of sexual performance.  In addition, there is no tangible form of physical suffering generally associated with erectile dysfunction.

The Risks of Melanoma

Melanoma is a form of skin cancer that unfortunately is dismissed by too many people as relatively minor.  Because it often appears as a small mole, people assume that one simply removes the mole and moves on.  However, melanoma is dangerous because too many people either do not see or choose to ignore any symptoms of the disease until it has metastasized to other parts of the body.  At that point, melanoma becomes extremely dangerous.  Every year, nearly 70,000 people in the United States are diagnosed with melanoma and more than 8,000 are killed by it.

The Realities of Viagra and Big Pharma

In addition to any cost/benefit analysis that could be performed by the FDA at some point, one should also understand the business realities surrounding Viagra.  The drug was originally approved for use in 1998 and it took the consumer market by storm.  Viagra became so prevalent that it acquired its own nickname – the little blue pill – and it didn’t take long to become a blockbuster drug.  The most recent estimates regarding Viagra indicate that it generates more than $2 billion per year for Pfizer, its manufacturer.  Expect Pfizer to put up a fight to protect this product.

If you or someone you love have used this medication and suffered as a result, you need to contact the Viagra melanoma lawyers at Parilman & Associates today to schedule a free initial consultation.  You can either email the firm or call 800-800-DRUG.