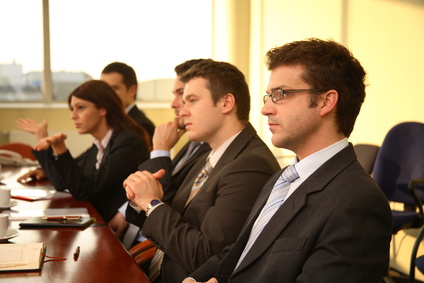 The FDA’s Obstetrics and Gynecology Advisory Panel will meet in July to discuss concerns regarding the spread of uterine cancer by morcellators.  Morcellators are devices that are used on women during laparoscopic surgeries that include hysterectomies and fibroid removals.  Recent news has been filled with stories regarding allegations that the use of these devices causes the spread of cancer to different parts of the body.  Morcellator cancer lawsuits have also been filed in several jurisdictions that make these same allegations.  The purpose of this meeting is to evaluate how the FDA should handle this growing medical and legal issue.

In April of this year, the FDA issued a public statement urging doctors to stop using power morcellators during these procedures.  That statement, known as a safety communication, was made after it had reviewed the preliminary results of its investigation into these devices.  That investigation found that approximately 1 out of every 350 women who had undergone these types of procedures had previously undetected uterine cancer.  Those cancer cells would have been contained within the uterus without the use of a power morcellator during surgery.  Studies have indicated that using these devices can lead to the spread of cancer to nearby parts of the body.

Power morcellators are medical devices that are used to perform laparoscopic surgery.  When a woman needs a hysterectomy or she needs to have fibroids removed, she traditionally had to endure large incisions in that area of the body.  Large incisions create a heightened risk for infections.  They also greatly increase the pain experienced by the patient.  Ultimately, large surgical incisions increased the recovery time from these procedures.

Power morcellators perform the same function performed in hysterectomies and fibroid removals without having to cut a large incision.  They are inserted into a small opening in the body and they remove the problematic growths in small pieces.  This allows for a much faster recovery time for the patient due to the much smaller incision that is made.  Given the potential benefits, approximately 50,000 women undergo these laparoscopic hysterectomies and fibroid removals every year.

Unfortunately, studies began to emerge that stated that if a patient had undetected cancerous cells in her uterus, the use of power morcellators could lead to the spread of cancerous cells into other parts of the body.  This occurred when those pieces of the uterus or the fibroids were pulled out of the patient and made contact with those other areas inside of them.  There have been power morcellator cancer lawsuits that have claimed that patients were eventually diagnosed with cancer in the abdomen and other regions near the pelvis.

There is no telling what the FDA’s meeting will lead to in terms of decisions or directions that will be taken by the agency.  What is known is that women who suffer from cancer as a result of these devices need to take action to protect their rights.  If this includes you or someone you love, contact the power morcellator cancer lawyers at Parilman & Associates today to schedule a free initial consultation.  You can either email the firm or call 800-800-DRUG.