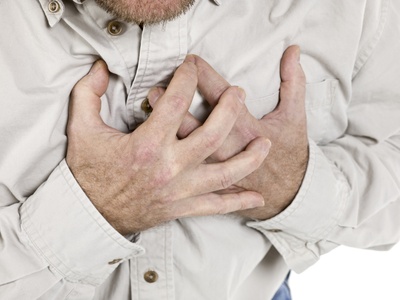 An FDA advisory committee recently voted nearly unanimously to recommend that Onglyza heart failure warnings be added to the drug’s label.  The recommendation comes on the heels of reviewing data contained in different studies.  These studies indicated that using Onglyza led to an increased risk of heart failure and death.  While this recommendation is not legally binding, the FDA will give a lot of weight to the committee’s recommendation when deciding what to do about this medication.  The nature of the vote itself represented a strong statement regarding the relative safety of the drug.

The Endocrinologic and Metabolic Drugs Advisory Committee of the FDA met in April to discuss the benefits and risks of Onglyza, and the committee voted by a count of 14-1 to recommend adding a warning label regarding the potential link between Onglyza and heart failure.  The one person who did not vote in favor of Onglyza label warnings voted to initiate an Onglyza recall.  The third option available to the committee was to recommend that the availability of Onglyza be limited in some respect.  No one voted for that option.

Onglyza is a medication that was introduced to the market on a joint effort by AstraZeneca and Bristol-Myers Squibb.  It was originally approved for use in the United States in 2009.  Onglyza is prescribed to patients who are trying to control Type 2 diabetes.  Onglyza is usually prescribed and is taken in conjunction with a program of improved diet and exercise.  Since its release, AstraZeneca has taken over sole ownership of the medication and it has generated billions of dollars in revenue since it initially came to the market.

The FDA was reacting to one study in particular that showed that people who had Type 2 diabetes and who took Onglyza were 27 percent more likely to face hospitalization because of heart failure than those who took a placebo.  Clearly, heart failure is an extremely dangerous problem to suddenly encounter and it can result in sudden death if not handled quickly and aggressively.  Other studies and allegations of dangerous Onglyza side effects have also been publicized in recent months.

The alleged connection between Onglyza and heart failure is not the first potential danger associated with the medication.  In recent years, studies have concluded that using Onglyza and other members of a class of drugs known as incretin mimetics can lead to an increased risk of developing serious pancreas problems including pancreatic cancer.  Other prominent drugs that are known incretin mimetics include:

There is litigation currently pending in federal court that alleges that using these medications led to the development of pancreatic cancer.

If you have taken this medication and you’ve suffered as a result, you need to take steps to protect your legal rights.  Contact the Onglyza heart failure lawyers at Parilman & Associates today to schedule a free initial consultation.  You can either email the firm or call 800-800-DRUG.