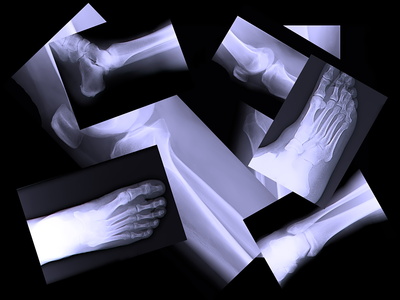 Thousands of Fosamax femur fracture lawsuits have been filed in state court in New Jersey, and thousands more have been filed in federal court.  The cases have been filed against Merck & Co., the manufacturer of Fosamax.  Some of the trials are set to begin within a matter of weeks.  These cases, known as ‘bellwether’ cases, are believed to be the first to proceed to trial within these groups of claims.  According to several reports, trials will begin in March and more of them will begin in May.  Additional claims will be heard after that.

The basic claims that are being made against Merck & Co. are that consumers who used Fosamax suffered femur fractures.  The first bellwether trial that’s set to begin in state court in New Jersey is scheduled for March.  More than 3,000 cases have been filed in state court.  They have been consolidated.  More than 1,100 cases have been filed in federal court, and those claims have been organized into what is known as a Multi District Litigation, or MDL.  The first federal bellwether claim, also taking place in New Jersey, is set to open in May.

These bellwether cases are expected to set the tone for future claims.  Many times these cases have prompted the defendants facing enormous potential liabilities to settle with those who were suing them.  That’s because trial attorneys will pay close attention to these bellwether trials and they will watch for what arguments work and for those that do not.  They will also pay close attention to the rulings on evidence so that they can streamline their own preparations.

This is not the first type of claim that Merck & Co. has faced because of Fosamax, which is used to help treat the problems associated with osteoporosis.  Last year, Merck & Co. agreed to settle more than 1,100 claims filed against it by plaintiffs who had allegedly suffered osteonecrosis of the jaw, or death to the jaw bone after using Fosamax for a prolonged period of time.  Merck & Co. settled those claims for a reported $27.7 million.

Fosamax was originally approved for use in the United States by the FDA in 1995.  According to several estimates, the drug generated more than $3 billion in sales before generic forms of it hit the market in 2008.  However, when reports of Fosamax side effects began to surface, lawsuits were filed across the country.  In response to these problems, the FDA has recommended that people limit their use of drugs like Fosamax to no more than five years.

If you or someone you love used Fosamax and you suffered a fractured femur or some other unexplained medical problem, you need to dig into the situation further.  You may have legal rights available that include recovering compensation for your different forms of loss.  If you are ready to take this step, contact the Fosamax femur fracture lawyers at Parilman & Associates as soon as possible to schedule a free initial consultation.