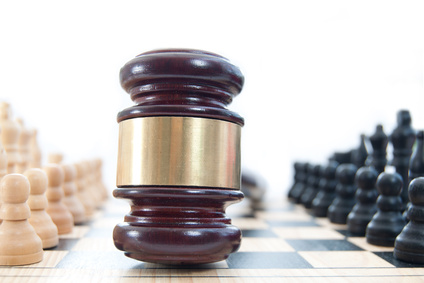 The manufacturer of a generic testosterone replacement therapy medication has sued the Food and Drug Administration.  The reason for the lawsuit is that the company, known as Perrigo, claims that the FDA violated federal law by not announcing to the public that its medication had been approved.  The law at issue is known as the Federal Food, Drug and Cosmetic Act.  The drug at the center of this situation is a generic equivalent to AndroGel, one of the leading testosterone replacement therapy medications available on the market.

This rather unique testosterone replacement therapy lawsuit was filed on March 21 in the United States District Court for the District of Columbia.  The remedies being sought are also unique.  Perrigo is hoping that the court will order an injunction that will require the FDA to publish the fact that its generic equivalent to AndroGel has been approved for use in the United States.  The lawsuit remains in its very early stages.

According to federal regulations, the FDA is required to update its Approved Drug Products with Therapeutic Equivalence Evaluations in a timely manner.  This document is more commonly known as the FDA’s Orange Book.  The Orange Book contains information regarding evaluations and equivalence ratings of generic medications.  Generic drug companies commonly use information contained in the Orange Book regarding their medications for marketing and credibility purposes.

Perrigo claims that the FDA approved its AndroGel generic equivalent in January of 2013.  The FDA specifically found this medication to be the therapeutic equivalent to AndroGel.  Perrigo further claims that the FDA has refused to respond to repeated requests by the company to publish this information.  The Federal Food, Drug and Cosmetic Act, or the FDC, requires updates to be made in the Orange Book every 30 days.

It’s possible that one of the reasons that the FDA has not published its findings with regards to Perrigo’s product is because of the stance held by other testosterone replacement therapy companies.  In fact, AbbVie, Inc., a subsidiary of Abbott Laboratories, does not appear to be happy about this therapeutic equivalent finding by the FDA.  AbbVie is the manufacturer of AndroGel, and it filed a petition with the FDA a few years ago hoping to prevent the approval of Perrigo’s medication.  Other companies have filed similar petitions with the FDA regarding other generic equivalents.

If you or someone you love has been harmed as a result of using any of these medications, contact the testosterone replacement therapy lawyers at Parilman & Associates today to schedule a free initial consultation.  You can either email the firm or call 800-800-DRUG.