Gluten-Free Diet Prescriptions Could Be Result of Benicar Side Effects 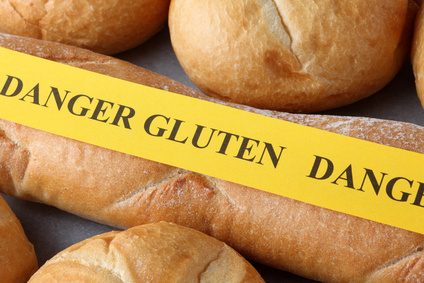 A large number of people have been placed on gluten-free diets in recent years because doctors believed that they were suffering from Celiac disease.  According to recent studies, those patients could actually be suffering from Benicar side effects.  Benicar is a medication that is used to lower high blood pressure, which is also known as hypertension.  These gluten-free diets are not only difficult to manage and follow, but they also tend to raise the cost of food for these people significantly.  People who believe that they have Celiac disease need to avoid gluten in order to avoid serious problems that can result from eating it including permanent damage to their gastrointestinal tracts.

This issue began to arise in recent months after several studies were published that revealed that the use of Benicar can lead to the development of chronic diarrhea.  Chronic diarrhea is a common symptom of Celiac disease.  The presence of this symptom has led many doctors to push patients towards a gluten-free diet when in actuality taking this step was unnecessary.  A closer look at the situation also shows that the use of Benicar could lead to sprue-like enteropathy.  Chronic diarrhea is also a symptom of this condition.

An Example of a Benicar Side Effects Study

One example that highlights this growing issue was published in the publication Family Practice News this past summer.  The report detailing a French study can be found here.  The report stated that the use of the active ingredient in Benicar is associated with symptoms that include chronic diarrhea and unexplained weight loss.  In addition, the study analyzed concluded that using Benicar for a long period of time will increase the chance that such symptoms develop, especially if patients use it for longer than one year.

Anyone who has been on a gluten-free diet or who has been anywhere with gluten-free items on a menu understands that these foods are quite expensive.  Several analyses have shown that purchasing the foods associated with a gluten-free diet are more than 200 percent more expensive than foods that are not necessarily free of gluten.  Over time, this added expense can become exorbitant for anyone, particularly for those who never needed to follow this diet in the first place.

This is hardly the first problem that Benicar has encountered since it came onto the market approximately a decade ago.  Benicar lawsuits have been filed across the United States by people claiming to suffer from severe chronic diarrhea as a result of using the medication.  The FDA has issued public warnings regarding the potential for people who use Benicar to develop sprue-like enteropathy.  This gluten-free finding could add to the problems associated with this medication.

If you have used Benicar and you’ve suffered as a result, you need to seek the help of Benicar side effects lawyers who have been fighting for the rights of consumers for many years.  Contact Parilman & Associates today to schedule a free initial consultation.  You can either email the firm or call 800-800-DRUG.