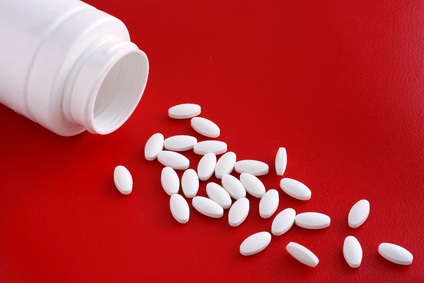 An individual Tylenol liver failure lawsuit has been selected as the first bellwether trial in the ongoing multidistrict litigation matter where Johnson & Johnson is the main defendant.  A multidistrict litigation situation, otherwise known as an MDL, is often put together when many similar claims are made against a defendant based on similar allegations of harm.  Johnson & Johnson and its subsidiary McNeil Healthcare are facing more than 150 individual claims.  These claims generally state the people who used Tylenol products suffered liver damage as a result and that the defendants failed to warn the public of these risks.  The first steps in this bellwether Tylenol trial are to begin taking place in January.

‘MDL’ is a common term used for multidistrict litigation.  These matters arise when a lot of people around the country are harmed by someone or something.  When all of these claims are filed, they will sometimes be consolidated into one action if the bases of the claims are generally the same.  The reason that MDLs are formed is because it helps both the plaintiffs and the defendants avoid repetitive lawsuits.  Therefore, it provides the defendants with the opportunity to have the case heard once and the plaintiffs with an opportunity to work towards a result in a shorter amount of time.

A bellwether trial is generally one of the first steps taken in an MDL.  One or a few individual claims are chosen by the court to proceed to trial before the rest of the claims are adjudicated.  The reason that bellwether trials are held is because it provides everyone else involved with the MDL with an opportunity to see what arguments will work and what evidence will be admitted.  Bellwether trials also provide an indication of possible future results.  Many times, the results of a bellwether trial will prompt settlement negotiations.

Why Is There an Ongoing Tylenol MDL?

At this point, approximately 165 individual Tylenol liver damage lawsuits have been filed against Johnson & Johnson and its subsidiary McNeil Healthcare.  The nature of these claims is largely similar in that the plaintiffs allege that the defendants withheld information regarding the dangers of liver damage that arise when using Tylenol products.  The claims state that the presence of acetaminophen is what caused the liver damage and they are seeking damages for their losses.

The Tylenol liver damage lawsuit that was selected as the bellwether trial in this matter concerns a woman who used a Tylenol product for a period of a few weeks.  According to the complaint filed on her behalf by her sister, the plaintiff suffered from severe liver damage as a result of using this Tylenol product.  She died after those few weeks of using the product.

If you or someone you love has been harmed as a result of using this or any other medication, you need to contact the Tylenol liver damage lawyers at Parilman & Associates as soon as possible to schedule a free initial consultation.  You can either email the firm or call 800-800-DRUG.