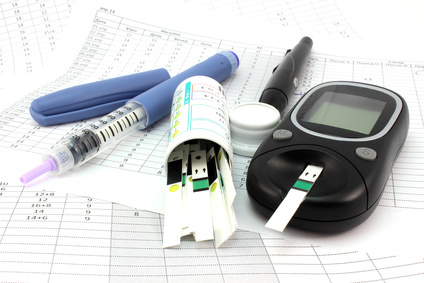 People suffering from alleged Invokana side effect diabetic ketoacidosis may face a prolonged stay in the hospital.  The FDA issued a public warning regarding Invokana recently that it is reviewing Invokana and other drugs like it.  The reason for this review is because of a growing number of negative reports regarding these medications.  Specifically, the FDA cited more than 20 negative reports regarding Invokana and similar medications.  The FDA also asked that anyone who feels that they are suffering from diabetic ketoacidosis because of using one of these medications contact them to report the incident.

Invokana is a medication that is used to treat the symptoms of type 2 diabetes.  It was originally approved for use in the United States by the FDA in March of 2013.  Janssen Research & Development is the manufacturer of Invokana.  Janssen Research & Development is a Johnson & Johnson company.  Since its release onto the marketplace in the United States, Invokana has become quite prevalent.  Invokana is a member of a class of drugs known as sodium-glucose cotransporter 2 inhibitors, or SGLT2s.  Other SGLT2s include:

The warning from the FDA, a link to which can be found here, regarding diabetic ketoacidosis applies to all of the SGLT2 medications.

What Is Diabetic Ketoacidosis?

Many people who suffer from diabetic ketoacidosis need to spend several days in the hospital receiving treatment.  That treatment can involve fluid replacement, electrolyte replacement and insulin therapy.

Other Alleged Invokana Side Effects

The alleged link between Invokana and diabetic ketoacidosis is not the first problem that Invokana has faced in the public realm during the two-plus years it has been on the market.  Previous reports have alleged that using Invokana can lead to several different kidney problems and related complications.  These alleged problems included:

People who suffer from Invokana side effects need to take action to protect their legal rights.  However, people in this position should not take these steps without professional input.  Johnson & Johnson is one of the largest corporations in the world and it will assert its rights to protect itself.  If you find yourself in this position, contact the Invokana side effects lawyers at Parilman & Associates today to schedule a free initial consultation.  You can either email the firm or call 800-800-DRUG.