Judge Indicates Xarelto Bellwether Trials to Begin in August of 2016 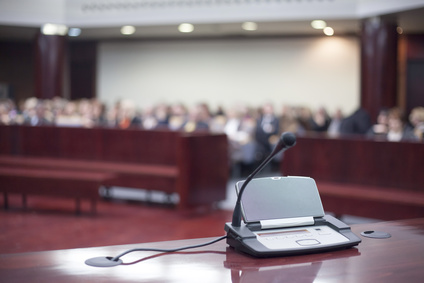 The judge overseeing the Xarelto multidistrict litigation has indicated that the bellwether trials regarding this drug will begin in August of next year.  The specific claims have not yet been chosen for these trials, but that’s expected to happen soon.  While these Xarelto bleeding trials will not be binding on the rest of the hundreds of claims that have been filed against the manufacturer, bellwether trials can and often do influence those subsequent claims in many ways.  It’s expected that four individual Xarelto lawsuits will commence between August 1 and October 17 of 2016.

Xarelto is an anticoagulant medication, more commonly known as a blood thinner.  It is manufactured by Bayer and it is marketed by Janssen Pharmaceuticals.  Janssen Pharmaceuticals is a subsidiary of Johnson & Johnson.  Xarelto was approved for use by the FDA and introduced to the American marketplace in 2011.  Xarelto was initially seen as a strong alternative to warfarin, which had been dominating the blood thinner market for years.  That’s because people who used Xarelto would not need constant medical oversight after using it, which was the case with warfarin.

Xarelto is commonly prescribed for people with problems such as deep vein thrombosis, otherwise known as DVT, or pulmonary embolisms, which are blood clots in the lungs.  Xarelto is supposed to help prevent blood from clogging and thereby prevent blood clots from forming.  Unfortunately, reports of internal bleeding among Xarelto users began to arise, and unlike warfarin, there is no known reversal agent for users of Xarelto.  As such, those who suffer from this alleged Xarelto side effect face an enormous amount of extreme danger.

What Is a Multidistrict Litigation?

A multidistrict litigation, or MDL, is a set of individual legal claims that have been consolidated into one large action.  This is done when individual claims are large in number and substantially similar in nature.  When the Judicial Panel on Multidistrict Litigation approves an MDL, the action is formed and the cases are heard simultaneously.  This is done for several reasons, including to reach conclusions on individual claims faster and to avoid problems with duplicative discovery and the potential for different rulings on similar motions.

Xarelto MDL and Your Legal Rights

If you or someone you love has used this medication and been harmed as a result, you need to take action to protect your legal rights.  Contact the Xarelto side effects lawyers at Parilman & Associates today to schedule a free initial consultation.  You can either email the firm or call 800-800-DRUG.