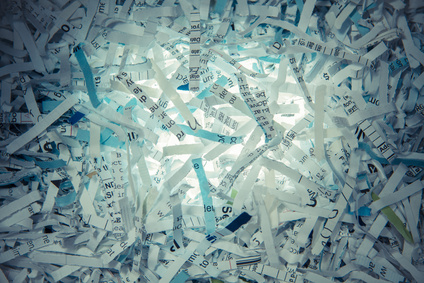 The judge overseeing the massive Actos side effects litigation has issued an order that will allow the jurors in the first bellwether trial to hear about files that were allegedly destroyed by employees. The allegations involve 46 current and former employees of Takeda Pharmaceuticals destroying or otherwise ‘losing’ internal files involving this medication. Takeda Pharmaceuticals admitted to losing the files, and the judge apparently decided that as a result they should be mentioned. The judge also called the situation “disturbing.” This bellwether trial will be the first case to be heard. To date, thousands of lawsuits have been filed against Takeda Pharmaceuticals.

This decision will most likely create suspicion regarding the defendant. Takeda Pharmaceuticals has been sued because Actos, its type 2 diabetes medication, allegedly led to the development of bladder cancer in patients. There have already been several cases heard at the state court level, and millions of dollars in judgments have been awarded. As of now, more than 2,700 claims against Takeda Pharmaceuticals have been filed at the federal level, and this bellwether trial will likely influence the results of future claims that have been consolidated.

The general nature of the claims that have been filed against Takeda Pharmaceuticals state that patients faced a higher risk of bladder cancer than normal based on long-term use of this medication. The medication has already been banned in France and Germany. While Actos remains available in the United States, the FDA has ordered that a direct warning be placed on containers of the drug alerting patients to the risks of bladder cancer if it is used for more than one year.

Actos was originally approved for use in the United States by the FDA in 1999. It was approved in Europe one year later. It ultimately became one of the most commonly prescribed medications of any type and it was generating billions of dollars in revenue every year for several years. It was only after several years on the market that studies began to emerge linking the use of Actos on a long-term basis to a higher risk of bladder cancer.

Bladder cancer, like any form of cancer, is extremely dangerous. One reason is that the symptoms may be initially ignored by patients. Common examples of bladder cancer symptoms include:

If you have taken Actos for type 2 diabetes and you have experienced any of these symptoms, seek an immediate medical evaluation.

The Realities of Taking on a Pharmaceutical Giant
Consumers who attempt to take on a gigantic corporation without legal help always face an uphill battle. Not only are consumers in this position already sick, but they are fighting a company with billions of dollars in assets. If you find yourself in this situation, contact the Actos side effects lawyers, Parilman & Associates at 800-800-Drug today for a free case review.