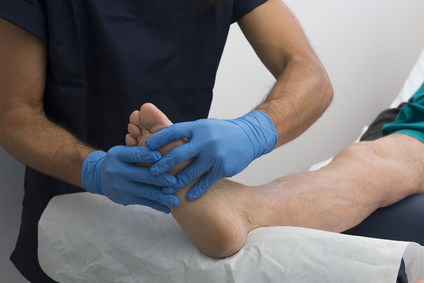 Many legal experts believe that there will soon be a flood of Levaquin lawsuits filed across the United States.  One of the reasons for this belief is the fact that the labels on this medication have recently been updated with new warnings.  Specifically, these labels point out that those who take Levaquin can face an increased risk of developing a condition known as peripheral neuropathy.  The entire situation surrounding this extremely popular antibiotic medication is building and could lead to the drug’s manufacturer facing massive legal liabilities.  Some are already noticing more Levaquin lawsuits being filed in different jurisdictions.

Levaquin is manufactured by Ortho-McNeil, which is owned by Johnson & Johnson.  Levaquin is an antibiotic that is a member of a class of drugs known as fluoroquinolones.  Levaquin has been the top seller within this class of drugs for years.  Estimates indicate that Levaquin generated nearly $1.4 billion per year in annual revenue prior to generic equivalents coming about and that it was prescribed more than 400 million times around the world.  Levaquin is generally prescribed to patients who suffer from different forms of bacterial infections.  Some common infections Levaquin is used for include pneumonia and bronchitis.

There are several other symptoms that can arise, and this only makes the diagnosis of peripheral neuropathy more difficult.

Levaquin Side Effects and Heightened Scrutiny

Several studies dating back to the 1990’s have concluded that the use of fluoroquinolones can greatly increase the risk of developing peripheral neuropathy.  In 2004, the FDA required that a warning label be placed on containers of Levaquin, but those warnings were seen by some as misleading in that they stated that these Levaquin side effects were rare.  Recently, the FDA required a more direct and stern warning label, and this is leading to more people wondering if their symptoms are associated with the use of this medication.

If you or someone you love has used Levaquin and suffered as a result, you need to stand up for your legal rights as soon as possible.  Contact the Levaquin side effects lawyers at Parilman & Associates today to schedule a free initial consultation.  You can either email the firm or call 800-800-DRUG.