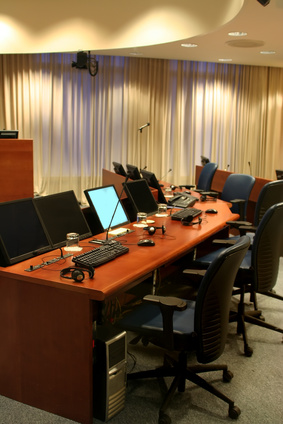 The judge presiding over the Xarelto multidistrict litigation will hear presentations regarding this medication from both sides of the case.  These presentations will focus on the potential risks of using Xarelto and any other scientific information that could come up in trial.  This is a step that is sometimes taken in these pharmaceutical drug lawsuits.  The reason these non-adversarial proceedings are held is because the court could benefit from having background information regarding this drug.  That would likely lead to more accurate in-court decisions regarding exhibits and whether they will be admitted and objections raised by the attorneys.

The judge has ordered that the “Science Day” for this Xarelto MDL will take place in June.  Both sides will present information regarding the potential risks related to using Xarelto, how the medication works, studies that have focused on the drugs and any other information that could be helpful.  After Science Day is complete, the case will continue as it would have otherwise.  To date, more than 400 individual Xarelto lawsuits have been consolidated into a single multidistrict litigation.  However, additional Xarelto lawsuits are being filed around the country and more claims are expected to be dealt with in the coming months and years.

Xarelto is known as an anticoagulant.  A more common term for anticoagulant is blood thinner.  The medication is manufactured by Bayer Healthcare.  It was originally approved for use in the United States in 2011.  It was originally approved for use with patients who had recently undergone knee or hip surgery.  A few months later, that Xarelto FDA approval was expanded for use with patients who were suffering from a condition known as atrial fibrillation.  A more common term for atrial fibrillation is an irregular heartbeat.  People with irregular heartbeats face increased risks for blood clotting around the heart and therefore suffering from strokes.

Xarelto was seen as an advance from the ‘traditional’ medication that was used as an anticoagulant.  That medication is known as warfarin.  The reason that it was seen as an innovation was because patients who used Xarelto did not need to be monitored as closely as those who were using warfarin, thereby creating a better overall experience for the patient.  Unfortunately, reports of Xarelto side effects soon began to emerge.  These side effects mostly involved internal bleeding.  Unlike with warfarin, which also carried the risk of internal bleeding, there is no known reversal agent for users of Xarelto, which only increases the dangers those patients faced.

A large number of Xarelto lawsuits have been filed, and those that have been consolidated into a Xarelto MDL are moving forward.  It’s expected that the first few ‘bellwether’ trials will be chosen soon.  Those trials will help influence how the rest of the claims are handled.  If you or someone you love has been harmed as a result of this medication, contact the Xarelto side effects lawyers at Parilman & Associates to schedule a free initial consultation.  You can either email the firm or call 800-800-DRUG.