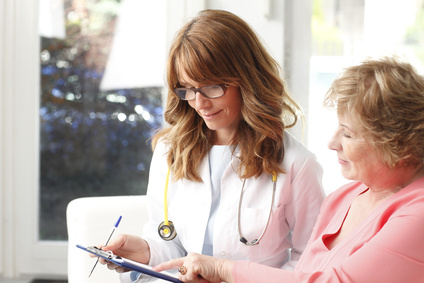 An Actos bladder cancer lawsuit involving two female plaintiffs has gotten started in Las Vegas.  The lawsuit is the product of two individual claims that were filed against the manufacturer of Actos, Takeda Pharmaceuticals.  Those two claims were combined into one action.  The lawsuit was filed because the plaintiffs allege that as a result of using Actos, they developed bladder cancer.  Actos is a medication that is prescribed to help patients deal with the symptoms of type 2 diabetes.  This most recent Actos side effects lawsuit is similar to many others that have been filed in that bladder cancer is commonly alleged to be a side effect of the drug.

In addition to alleging that they developed bladder cancer as a result of using Actos, the plaintiffs further allege that Takeda Pharmaceuticals did not adequately warn patients of this risk.  Warnings regarding the potential link between the long-term use of Actos and bladder cancer have been issued by other entities.  These entities include the United States Food and Drug Administration, or the FDA.  In 2011, the FDA warned the public that using Actos for more than one year could lead to a heightened risk of developing bladder cancer.

Unfortunately, this lawsuit in Las Vegas is not even close to the first action that’s been filed.  More than 5,000 Actos side effects lawsuits have been initiated in state and federal courts around the United States.  While some of these claims have led to decisions in favor of Takeda Pharmaceuticals, billions of dollars in damages have been awarded to plaintiffs who have filed these actions.  Experts also expect these Actos lawsuits to continue to be filed considering the enormous number of people in the United States suffering from type 2 diabetes and as a result the number of people who used this medication.

Anyone who has used Actos and who experiences the following symptoms should immediately seek medical attention:

As seen above, the earlier bladder cancer is detected, the better the prospects are for any patient who is forced to take on this fight.

If you have used Actos and you’ve been diagnosed with bladder cancer, you will also need to seek immediate legal help so that your legal rights can be protected and enforced.  Contact the Actos bladder cancer lawyers at Parilman & Associates today to schedule a free initial consultation.  You can do so either by emailing the firm or by calling 800-800-DRUG.