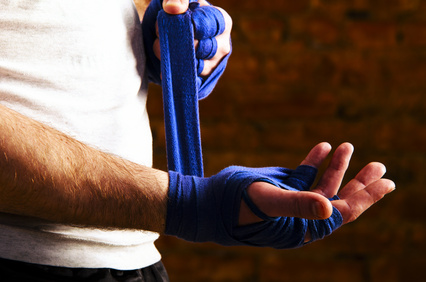 In what some are calling a ‘stunning’ or even a ‘monumental’ decision, the Nevada State Athletic Commission, or the NSAC, has banned the use of testosterone replacement therapy in combat sports.  These sports include boxing and mixed martial arts, or MMA.  Following this decision, the UFC, which is the most well-known commission that oversees MMA, stated that it will also adhere to this ban for all of its athletes.  The news has come as a shock to many people who have long believed that these sporting commissions turned a blind eye to this type of therapy.

To date, several different MMA fighters have applied for and received exemptions that allowed them to undergo testosterone replacement therapy treatment, but those exemptions no longer exist.  Future exemptions will not be allowed or approved.  The stated reasons for this ban include the desire to ‘level the playing field’ between the athletes, as many believed that those who were receiving testosterone replacement therapy were gaining an unfair advantage in these sports.

Another issue that was raised by the commission was safety.  Athletes who have used steroids in the past can experience a lack of testosterone production in their bodies later in life.  Undergoing testosterone replacement therapy in such a circumstance simply prolongs the circle of abuse and can lead to dangerous medical situations down the road.  The NSAC and the UFC have also come out and urged other athletic organizations to follow this ruling.

Clearly, consuming synthetic forms of testosterone would boost physical capabilities and as a result athletic performance levels.  Men who take these medications will see improvements in lean muscle mass and energy.  When it comes to combat sports, that would mean that participants would be able to punch and kick with more power and therefore inflict more damage on opponents.  This also seems to be a risk that the Nevada State Athletic Commission and the UFC want to avoid.

As more and more people and organizations take action with regards to testosterone replacement therapy, perhaps more awareness will come about with regards to the alleged dangers of this treatment.  If you are one of the many men who has undergone TRT and you have suffered medical consequences as a result, you need to take action to defend your legal rights.  Contact the testosterone replacement therapy lawyers at Parilman & Associates today to schedule a free initial consultation.  You can do so either by emailing the firm or by calling 800-800-DRUG.