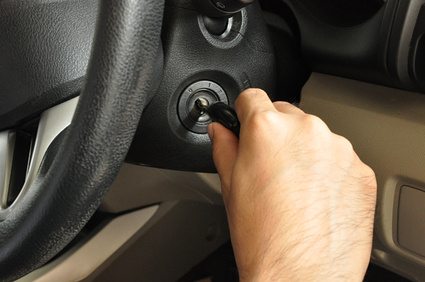 General Motors has received at least 125 claims for wrongful death relating to problems with an allegedly defective ignition switch in their vehicles.  These claims have been submitted to their ignition switch settlement fund.  The fund of approximately $400 million was established earlier this year for the purpose of paying out damages to people who have been injured and to families of those who have been killed in accidents caused by these ignition switches.  General Motors has already acknowledged that nearly 20 people have been killed because of this defect.

The Problems With the General Motors Ignition Switches

In February, GM initiated its ignition switch recall that affected more than 800,000 vehicles.  The reason for the recall was because the affected vehicles had a risk of suddenly turning off altogether when heavy key chains were used.  In addition, these vehicles had a tendency to have their airbags fail to deploy when the ignition was struck by part of the driver’s body or some other object, as is common in an accident.  Eventually, this GM ignition switch recall was expanded to include more than 2.5 million individual vehicles.

The following models were affected by this ignition switch recall:

The initial recall announcement urged consumers to obtain repairs as soon as possible and to put only the key inside the ignition when driving the vehicle.

In addition to the liability faced by General Motors, the federal government has also come under intense scrutiny for its approach to this problem.  The U.S. House Energy and Commerce Committee recently released a report that reviewed the actions taken by the National Highway Transportation Safety Administration, or the NHTSA.  That report, a link to which can be found here, was not kind.  The report concluded that the NHTSA had several clear opportunities to act in response to this issue over the last several years but failed to do so.

In addition to the claims filed with GM mentioned above, several GM ignition switch recall lawsuits have been filed across the United States for different reasons.  The first 15 of these claims were consolidated into what is known as a Multi-District Litigation, or an MDL.  Many legal experts expect that over time, the number of individual claims that could ultimately be consolidated into this MDL could exceed 1,000.  These claims generally allege that GM knew of this defect and refused to properly warn the public.

If you or someone you love has been affected by this situation, you need to take steps to protect your legal rights.  Seek the help of GM ignition switch recall lawyers who have a long history of standing for the rights of consumers.  Contact Parilman & Associates today to schedule a free initial consultation.  You can either email the firm or call 800-800-DRUG.