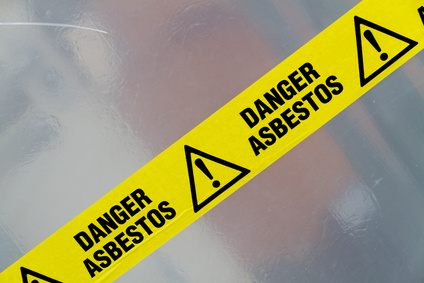 A jury in Ohio has recently awarded $27.5 million in damages to a man and his wife for secondary exposure to asbestos. The male plaintiff, a 40-year-old college professor, was apparently exposed to asbestos while he was a child. His father worked at a company known as National Friction Products for 31 years. The company is now known as Kelsy-Hayes Co. The man’s father died of lung cancer in 1994, and the plaintiff was diagnosed with mesothelioma in 2012. The female plaintiff was awarded $15 million of the $27.5 million for loss of consortium. It is believed that this verdict is the largest mesothelioma damages award of all time in Ohio. The previous high in the state was just over $6 million.

The plaintiffs alleged that the man’s father brought home asbestos dust on his clothes because of where he worked. National Fiction Products manufactured brake pads, which at the time contained asbestos. Before asbestos was mostly banned in the United States, it was used in many products because of its low cost and fire-retardant characteristics. As of now, asbestos is not used but traces of the substance can remain in place for decades. Asbestos can also remain in the body – specifically the lungs – for an equal amount of time before symptoms of diseases related to asbestos exposure begin to arise.

About Mesothelioma and Other Asbestos-Related Diseases

Mesothelioma is a rare form of cancer that is only associated with asbestos exposure. Other diseases that are linked to this substance are asbestosis and lung cancer. These conditions arise because microscopic asbestos fibers are inhaled and implant themselves in the tissue inside of the lungs. Most substances are expelled by the lungs naturally, but because of their density asbestos fibers are able to remain. Over time, mucous forms around these particles and this process eventually constricts the breathing capabilities in the lungs. Sadly, there is no cure for any of the conditions related to asbestos exposure.
Why Help from Asbestos Lawyers is Necessary
This case, while tragic, presented a very good example of why people in this position need the help of asbestos lawyers. The plaintiffs in this case had to prove that the man was exposed to asbestos on a secondary level. It is difficult enough to prove asbestos exposure on the primary level given the decades that it can take for a disease to outwardly appear. Plaintiffs many times have to prove their cases against companies that no longer exist in the forms they were in when the exposure occurred. Finally, large companies usually have financial resources and access to experts that consumers cannot afford.

Fortunately, skilled asbestos attorneys can handle these challenges. That is important because people who suffer from asbestosis, mesothelioma or lung cancer are facing a battle with terminal diseases. That is more than enough to attempt to manage. If you or someone you love has been diagnosed with any of these diseases, contact the asbestos lawyers at Parilman & Associates at 800-800-Drug today for a free case review.