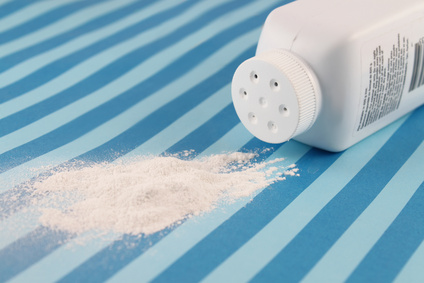 The estate of a woman who died of ovarian cancer in 2012 is suing five manufacturers of talcum powder products for wrongful death.  The lawsuit was filed in New Jersey and the estate is looking to recover several different forms of damages.  The claim alleges that using talc-containing products for decades led to a diagnosis of ovarian cancer on the part of the decedent that proved to be fatal.  The woman was 65 years old when she lost her life.  The woman’s husband filed the talcum powder ovarian cancer lawsuit, and the reason five defendants were named was because the woman used different brands of talcum powder products throughout her life.

The five defendants named in the wrongful death claim include:

The Alleged Facts of the Case

According to the complaint filed, a link to which can be found here, the woman began using the products mentioned above when she was a child after she bathed.  She would apply talc-containing powders onto the area of her genitals, as she believed that they were safe for use and that doing so would help keep her skin fresh and smooth.  She stopped using the products in 2011 after being diagnosed with ovarian cancer in November of 2010.  At the time, the woman did not have any known risk factors for this disease.

Allegations against the Defendants

This talcum powder ovarian cancer lawsuit alleges several things against the defendants, most prominently that they either knew or should have known about the risks of ovarian cancer in women using their products as early as 1982. Since that date, 21 different studies have concluded that using talcum powder products can increase the risk of a diagnosis of ovarian cancer.  As such, the plaintiffs lay out 13 different causes of action against the defendants.  They are as follows:

Punitive damages are typically sought when either the defendant’s conduct was willful and/or so egregious as to have justice demand that they be awarded.

If you have been diagnosed with ovarian cancer and you believe it could be because you used any of these types of products, you need to seek immediate legal help.  Contact the talcum powder cancer lawyers at Parilman & Associates today to schedule a free initial consultation.  You can either email the firm or call 800-800-DRUG.