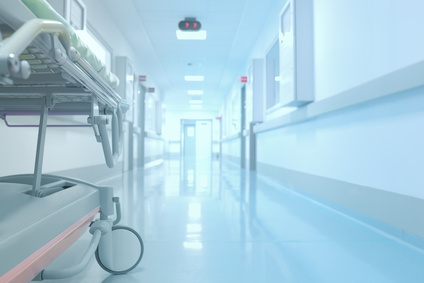 A major hospital chain has banned the use of power morcellators on surgeries to the uterus.  The company, known as the Hospital Corporation of America Holdings, Inc., represents nearly 300 hospitals in the United States and in the United Kingdom.  The reason that the company announced this ban is because they are concerned about the risk of women developing different types of cancers as a result of undergoing surgeries using these devices.  Specifically, power morcellators will not be used on procedures such as hysterectomies and the removal of uterine fibroids.  It is believed that Hospital Corporation of America is the largest company to date to ban the use of these devices.

Power morcellators are devices that help to minimize the invasive nature of surgical procedures such as hysterectomies and the removal of uterine fibroids.  These are common procedures undergone by women.  The power morcellator will enter the patient’s body with a laparoscopic approach that avoids the need to make a large incision.  The device then cuts what needs to be removed into small pieces and removes them from the body.  This process in theory should minimize the recovery time faced by patients due to the lack of a large incision.  Large incisions can also become infected, and power morcellators minimized that risk as well.

Unfortunately, studies and statistics began to emerge that created a deep concern that using power morcellators could cause cancer in patients.  That’s because it’s common for women who undergo these procedures to have undiagnosed cancerous cells inside of their bodies that cannot be detected prior to these surgeries.  When cancerous cells are pulled out of the body with the use of power morcellators, cells can be exposed to different parts of the body and lead to the development of tumors in other locations.

Throughout 2014, the FDA has been looking closely at these power morcellator cancer concerns.  The FDA initially announced that a statistical review revealed that approximately one of every 350 women in the United States who undergoes uterine fibroid removal has undiagnosed cancerous cells in her body.  At that point, the FDA urged doctors not to use these devices for this procedure.  An FDA panel subsequently concluded that there was no safe way to use power morcellators.

The Power Morcellator Recall and Your Legal Rights

After the FDA expressed its concern, Ethicon, which manufactures the majority of power morcellators used in the United States, announced a recall of its line of products.  This announcement by the Hospital Corporation of America comes amid a growing number of power morcellator cancer lawsuits that are being filed across the country.  If you have undergone a procedure that made use of this device and you have been diagnosed with cancer, you need to take steps to protect your legal rights.  Contact the power morcellator cancer lawyers at Parilman & Associates today to schedule a free initial consultation.  You can either email the firm or call 800-800-DRUG.