Pradaxa Makers Admit to Omitting Incidents of Bleeding from Study 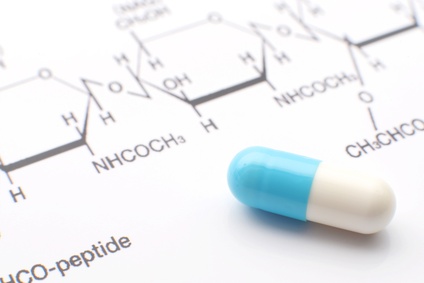 The manufacturers of Pradaxa recently put out a press release that admits to omitting nearly two dozen incidents of bleeding from a study as they sought approval for the drug. These bleeding incidents apparently occurred during the clinical trial for this medication that is used as a blood thinner. The manufacturer, Boehringer Ingelheim, has stated that these bleeding incidents did not change the results of that clinical study. This discovery will no doubt been seen as valuable information by many of the thousands of people who have filed Pradaxa lawsuits against Boehringer Ingelheim.

The clinical trial for Pradaxa was known as RE-LY, and it involved 18,000 human subjects. The point of the study was to compare Pradaxa to warfarin, which was the most common blood thinner that was used at the time. The results of the trial were published in 2009. However, a correction was issued in 2010 that basically stated that more than 80 people who had suffered problems while using Pradaxa were not included in the results. These problems included blood clots, heart attacks and strokes. At least one subsequent study has been published that concluded that the RE-LY study belied its name in that its results were not reliable.

In the wake of all of this news regarding Pradaxa and the problems surrounding its evaluation, people continued to use the medication. Pradaxa is used to prevent blood from clotting for people who have certain heart problems such as irregular heartbeats. When blood does clot in people with these conditions, heart attacks and strokes can occur without warning. Pradaxa was originally marketed as a safer alternative to warfarin, which was known under its brand name of Coumadin.

Unfortunately, thousands of people have allegedly suffered because of Pradaxa side effects that included heavy internal bleeding. Extreme blood loss can lead to death. To date, more than 4,000 Pradaxa side effects lawsuits have been filed against the manufacturer. Boehringer Ingelheim recently agreed to a settlement for a large number of these cases in the amount of $650 million. The news regarding these omitted bleeding incidents could lead to additional litigation by people who have been harmed.

Pradaxa Side Effects and Your Legal Rights

While the $650 Pradaxa settlement brought about an end to thousands of claims against the company, there are still many others pending. People who have been harmed and who have yet to take action need to make sure that they do what they can to protect themselves. Several problems have seemingly arisen with the study that ultimately led to the approval of the use of Pradaxa, which means that it’s possible that there are many other people out there who deserve to have their days in court.

If this includes you or someone you love, contact the Pradaxa side effects lawyers at Parilman & Associates today to schedule a free initial consultation. You can either email the firm or call 800-800-DRUG.