Report Suggests Millions of Dollars Paid to Doctors to Promote Drugs Such as Xarelto, Pradaxa and Eliquis 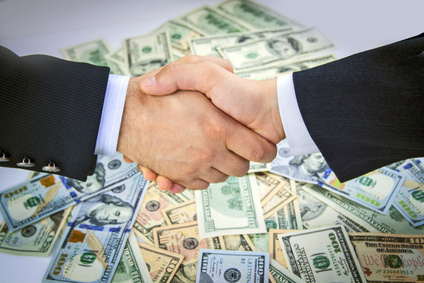 A published report suggests that certain drug companies paid nearly $20 million to doctors in 2013 in an effort to promote medications such as Xarelto, Pradaxa and Eliquis.  These medications are known as anticoagulants.  The companies that were making these payments were attempting to compete with a drug known as Coumadin, which had dominated the anticoagulant market for decades.  Anticoagulant medications are also known as blood thinners.  This money was spent on doctors over a five-month period in 2013.  This data was gleaned from a database that tracks these types of payments.

A copy of the report can be found here, and according to the report $19.4 million was spent during the last five months of 2013 by the manufacturers of Xarelto, Pradaxa and Eliquis.  The manufacturers of these medications are Bayer Healthcare, Boehringer Ingelheim Pharmaceuticals, Inc. and Bristol-Myers-Squibb.  The payments made to doctors were not necessarily direct cash payments, but instead the money seems to have mostly been used to confer other benefits on doctors who were paid.  A few examples of these benefits include:

Xarelto, Pradaxa and Eliquis were not seen as particularly innovative medications in that Coumadin already existed for this particular purpose.  The advantage of using these three medications as opposed to Coumadin, according to the manufacturers, is that taking them eliminates much of the need for close monitoring of patients that was required for those who had used Coumadin.

While the amount of $19.4 million to doctors to promote three similar medications is a shocking one to most average people, the fact of the matter is that this is not an uncommon practice.  Drug companies pay millions of dollars to promote their products within the medical community, and that has been the case for many years.  Some doctors are taken on fishing trips or other corporate junkets and then sold on the benefits of a particular medication.  This is why a public database such as Open Payments exists – in order to track these types of payments.

Unfortunately, some of the doctors who were paid to promote these medications were being paid to do so to speak on behalf of drugs that wound up as the reason for many lawsuits filed across the United States.  The problems with Xarelto and Pradaxa are well documented in some circles.  Basically, these anticoagulant lawsuits allege that using these medications causes internal bleeding.  Unlike Coumadin, which presents a somewhat similar risk, there is no reversal agent in place for users of Xarelto or Pradaxa.  That puts patients in a position of risk for heart attacks, strokes and sudden death.

If you or someone you love has been harmed as a result of using any of these medications, you need to contact the defective drugs attorneys at Parilman & Associates as soon as possible to schedule a free initial consultation.  You can either email the firm or call 800-800-DRUG.