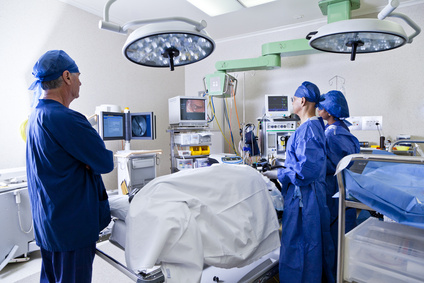 A recent report that appeared in the Wall Street Journal raises potentially significant questions regarding the power morcellator industry.  Specifically, the investigative report delves into policy guidelines for the use of power morcellators in surgical procedures.  The report raises the possibility that at least one person who helped craft these policy guidelines may have had a conflict of interest.  That conflict of interest dealt with the fact that this person had been paid by a power morcellator manufacturer.  If this report is accurate, then it’s possible that the guidelines regarding the use of these surgical devices may have been compromised.

The report was published in February, and a link to it can be found here (subscription required).  The report detailed how the FDA issued a statement in April of 2014 describing the potential dangers of power morcellators.  In response to that statement, the AAGL, which used to be known as the American Association of Gynecologic Laparoscopists, released policy guidelines regarding the use of these devices in surgical procedures.  Generally speaking, these guidelines indicated that power morcellators were basically safe if they were used correctly.

The report in the Wall Street Journal brings into question the efficacy of these guidelines based on the input and possible influence of an executive officer with the AAGL.  The report named that person as Arnold Advincula, and the article states that he had been a consultant for Blue Endo, a power morcellator manufacturer.  Advincula had disclosed that he had received approximately $50,000 from Blue Endo for consulting work over the course of the previous year.  The report also states that other members of the AAGL expressed concern with Advincula’s participation in the shaping of these guidelines based on conflict of interest potential.

Power morcellators are devices that are used in surgical procedures, most commonly in hysterectomies and in the removal of uterine fibroids.  Unfortunately, these devices came under intense scrutiny because concerns arose in large numbers.  Specifically, several power morcellator cancer lawsuits were filed across the United States claiming that these devices exposed women to the spread of cancer inside their bodies.  The FDA has also found these products to present risks to women and a warning requirement has been enacted by the agency.  Some companies have pulled their power morcellator products from the market and will no longer manufacture or sell them because of these power morcellator cancer concerns.

If you or someone you love has undergone a surgical procedure that made use of a power morcellator, you need to make sure that you were not harmed as a result.  If you were, you need to take immediate steps to protect your legal rights.  You can do so by contacting power morcellator cancer lawyers who have been holding corporations accountable for harm done to consumers for many years.  Contact Parilman & Associates today to schedule a free initial consultation.  You can either email the firm or call 800-800-DRUG.