Researchers Warn That Statin Benefits Were Overstated and Side Effects Downplayed 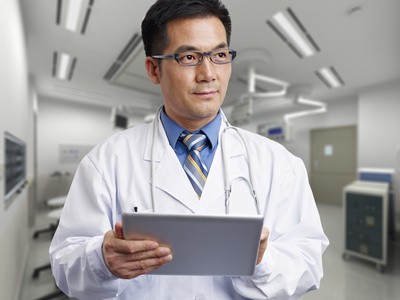 A recent study indicates that certain popular cholesterol drugs do not necessarily prevent heart disease.  The same study concludes that the researchers who oversaw the studies of these medications may have downplayed the side effects associated with them.  These cholesterol medications are known as statins.  Statins are incredibly popular drugs that have deeply penetrated the American market.  Some experts estimate that these medications generate eleven figures in annual revenue for their manufacturers, which equates to more than 10 billion dollars in sales every year.  As such, any serious problems discovered in relation to these medications could lead to serious health consequences for the American public.

The study was published in a recent issue of Expert Review of Clinical Pharmacology.  A link to the overview of the study can be found here.  The study was completed by two researchers, and their analysis basically consisted of reviewing studies that were done in previous years that focused on statins, all of which arrived at positive conclusions for the drugs.  Specifically, this study focused on previous looks at drugs that became extremely popular medications such as Crestor and Lipitor.  Crestor is manufactured by AstraZeneca and Lipitor is manufactured by Pfizer, two of the true giants of the pharmaceutical world.

One of the biggest problems the study found with research supporting statins was the use of a statistical tool known as Relative Risk Reduction, or RRR.  The researchers stated that the use of this statistical method amplifies the ‘trivial beneficial effects’ of statins.  Use of this statistical method led to the conclusion that drugs such as Crestor and Lipitor would benefit between 30 and 50 percent of the population.  This recent study directly disagrees with this conclusion.  According to these researchers, who used what is known as the Absolute Risk Analysis method, or ARA, statins will prevent one heart attack in one person out of 100 on average, a much smaller number.

The study goes on to conclude that the analysis of these medications also understates the potential dangers of statin side effects.  This is done in the same way in that certain statistical approaches are used in order to present the results in a manner that is most positive towards these drugs.  These researchers state that these potential statin side effects are a real danger, and plaintiffs in Crestor lawsuits and Lipitor lawsuits around the United States would tend to agree.  The FDA has also issued an order for the manufacturers of these medications to place warnings on these labels describing the risks of side effects faced by patients.

Statin Side Effects and Your Legal Rights

If you or someone you love has used Crestor or Lipitor and you’ve suffered harm as a result, you need to take immediate action to protect your legal rights.  You can do so by contacting the defective drugs lawyers at Parilman & Associates today to schedule a free initial consultation.  You can either email the firm or call 800-800-DRUG.