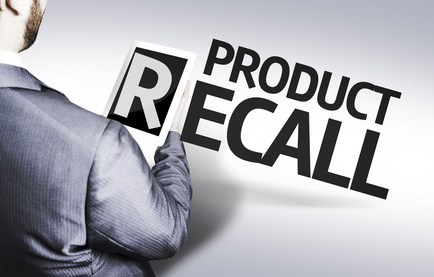 A risk of microbial contamination has led to a Xarelto recall involving more than 13,000 bottles of the medication.  The specific nature of the microbial contamination has not been made public at this point.  This Xarelto recall affects one lot of the medication.  The situation arose after a consumer complained about a sales sample of the drug, and a subsequent investigation is what led to this discovery and this decision.  The Xarelto recall affects only samples of the products and not those pills distributed through pharmacies.  While that may be somewhat reassuring, it also means that these units affected by the recall were sent directly to consumers in some cases.

Many times, when contamination leads to the recall of a product, the manufacturing plant is the place where the problem arose.  This lot of Xarelto was apparently manufactured in Gurabo, Puerto Rico.  No announcement was made as to whether there would be an inspection of this facility either by Johnson & Johnson or Bayer, the manufacturers of Xarelto, or by any other authorities.  At this point, much more would need to be known before anyone could lay out specifically how this problem arose.

If you have recently received a sample of Xarelto and you’re concerned that you may be affected by the recall, please check your bottle or bottles against this information.  If your units have been affected, do not use them.

This is hardly the first problem faced by the makers of Xarelto.  Xarelto, which is a medication that helps to prevent blood clotting, has been the target of lawsuits filed by consumers across the United States.  The reason that these Xarelto lawsuits were filed was because some people were encountering serious internal bleeding problems after using the medication.  Unfortunately, there is no known reversal agent for Xarelto, which means that many people who encountered internal bleeding were severely injured.

One of the reasons that Xarelto, introduced in 2011, was seen as an advancement over warfarin was because patients did not need as much monitoring when using the newer drug.  However, studies have indicated that monitoring people using Xarelto may help to identify patients who are at risk of internal bleeding.  The need for this type of monitoring would all but obviate the advancement made by the medication in the first place.

If you or someone you love has used Xarelto and you’ve suffered as a result, you need to take action to protect your legal rights and interests.  You should do so by seeking the help of Xarelto side effects lawyers who have helped consumers hold even the largest corporations accountable for many years.  Contact Parilman & Associates today to schedule a free initial consultation.  You can either email the firm or call 800-800-DRUG.