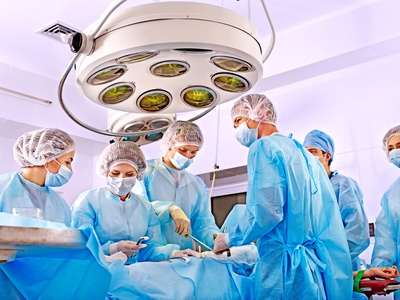 The TigerPaw II surgical staple has been recalled, the FDA recently announced.  The recall is being administered by Maquet Medical Systems.  The TigerPaw II is manufactured by Laax, Inc., which is owned by Maquet.  The recall has been deemed a Class I recall.  All existing inventory around the United States is to be returned to the manufacturer immediately, and no additional devices are to be used in surgical procedures.  Overall, more than 4,000 TigerPaw II surgical staples are believed to be sitting in inventory in health facilities.

About the TigerPaw II Surgical Staple

The original TigerPaw device was approved for use in the United States by the FDA in 2010.  The current product, the TigerPaw II, has been in use since 2013.  The TigerPaw II device is used in heart surgeries.  It is used to help close the left atrial appendage in the heart, which is also known as the LAA.  In theory, the TigerPaw II is supposed to help close incisions made in the heart during surgery and for the heart tissue to grow around it as it closes, thereby creating a dependable seal.  Unfortunately, this was not always what happened, leading to the TigerPaw II recall.  A link to the FDA’s announcement of the recall can be found here.

Why the TigerPaw II Recall Was Initiated

According to the FDA, the TigerPaw II recall was initiated because the manufacturer had received 51 reports of adverse events relating to the device and one person had died.  These adverse events consisted of tearing of the heart’s tissue, thereby leading to bleeding in the heart.  Clearly, this condition carries with it a risk of not only serious injuries but also of death.  Maquet Medical Systems sent out a letter in March of 2015 to all people who were potentially affected by this problem.  That letter stated that these devices were to no longer be used and to be returned to the manufacturer.

What Is a Class I Recall?

The FDA has several different levels of recalls.  A Class I recall is the most serious and dangerous.  Generally speaking, a Class I recall is announced when the product at issue leads to a reasonable probability of serious adverse medical consequences and of death.  As such, word of every Class I recall needs to reach every outlet in the public as quickly as possible so that those who have been affected can take proper action.

When medical devices prove to be defective, people tend to suffer.  This is particularly so when a device is used to aid in something as sensitive as heart surgery.  Those who have been injured by a defective medical device need to stand up for their legal rights, but they should do so with the help of legal professionals who know how to hold those responsible for harm accountable.  If you have been harmed by this product, contact the TigerPaw II surgical staple lawyers at Parilman & Associates today to schedule a free initial consultation.  You can either email the firm or call 800-800-DRUG.