Risperdal Side Effects – What You Need to Know 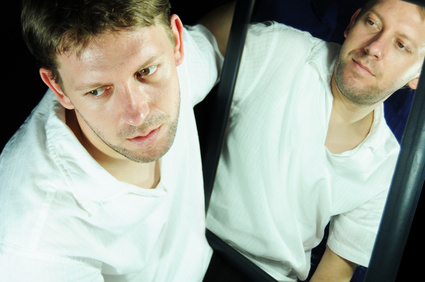 All of these uses in all of these patients over all of this time has led to billions of dollars in revenue for Johnson & Johnson. When a medication is this successful, those in charge of it are going to do what’s necessary to protect it and advance it on the market. Despite the growing number of reports of alleged Risperdal side effects, Johnson & Johnson was accused by 45 state governments and the federal government of illegally marketing Risperdal for what are known as ‘off-label’ purposes. Off-label use of medication means that it’s used for purposes other than for what it is approved. In this case, Johnson & Johnson was accused of trying to push Risperdal for anxiety problems and for dementia. The company recently agreed to settled these claims for $2.2 billion.

If you or someone you love has used Risperdal and has experienced any of these health problems, it could be because of the medication. Many people suffer from medication side effects without realizing it because they never make the connection.

To date, more than 400 lawsuits have been filed against Johnson & Johnson around the country because of the development of these health problems. If you find yourself in this position, you are far from alone, but you need to get legal help before attempting to recover compensation from a company as large and as powerful as Johnson & Johnson. Corporations of this size have immense resources at their disposal and they can hire highly skilled expert witnesses and defense attorneys.

You need to level the playing field by hiring Risperdal side effects lawyers who have years of experience in holding even the largest corporations accountable for the harm that they have done to consumers. Contact Parilman & Associates today to schedule a free initial consultation so you can learn more about your legal rights and options.

Medical conditions such as schizophrenia, bipolar disorder and autism used to be seen as total mysteries by the rest of society.  It was only in recent times that the medical science community began to learn that these conditions basically involve problems with the chemistry in the brain.  That discovery set off years of more specialized research that led to the formulation of medications designed to treat these problems.  One of the biggest-selling medications of this type ever is known as Risperdal, which is manufactured by Johnson & Johnson.  When it was originally approved by the FDA in 1993, few people foresaw the need for Risperdal lawyers that would someday arise after people all over the country began to suffer from serious Risperdal side effects.

Over time, Risperdal attorneys began to hear stories regarding allegations of the development of Risperdal side effects including:

Risperdal lawyers responded by filing lawsuits on behalf of clients all over the country.

One of the reasons that so many Risperdal attorneys filed lawsuits against Johnson & Johnson is because so many people were using this medication.  According to several reports, the drug generated as much as $4.5 billion of revenue in a single year for the manufacturer before its patent protection expired.  One of the problems that Risperdal attorneys investigating claims began to discover was that Johnson & Johnson was allegedly marketing the drug for off-label purposes, and these off-label uses allegedly led to more people suffering from Risperdal side effects.

Eventually, in 2013, Johnson & Johnson agreed to pay a total of $2.2 billion to settle charges being pursued by 45 different jurisdictions and the federal government that it was illegally marketing this medication for off-label purposes.  Risperdal attorneys learned that the drug was allegedly being marketed for use with such conditions as anxiety and dementia and that sale representatives were allegedly encouraged to employ aggressive sales tactics in order to move into these new uses.  This was allegedly done despite the fact that the risks for Risperdal side effects were becoming progressively better known in both the medical and legal communities.  Many Risperdal lawyers now had additional evidence to use on behalf of injured clients.

Overall, this is a medication that has generated a lot of money, that has led to improvements in many patients but that has also led to a lot of problems regarding Risperdal side effects and those problems that are legal in nature.  Risperdal lawyers are continuing to meet with new clients who have suffered as a result of using this medication, as those who have been harmed need to take immediate steps to protect their legal rights.

If this includes you or someone you love, seek the help of Risperdal attorneys who have been fighting for the rights of consumers across the country for many years.  Contact Parilman & Associates today to schedule a free initial consultation.