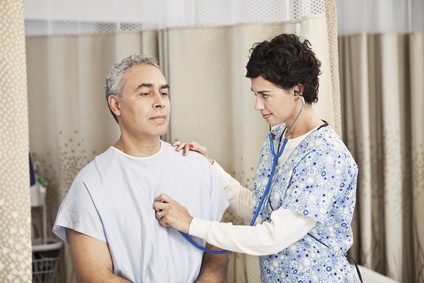 A study has concluded that using Benicar with heart medications can be dangerous for people who suffer from heart problems.  The combination of Benicar with these other medications that are taken for the heart can lead to kidney damage, cardiac events and in some cases death.  The study reviewed a specific combination of medications that included Benicar, ACE inhibitors and beta blockers.  The conclusions drawn by this study could lead to a reevaluation of the medications being used by some patients, particularly those who are already suffering from heart problems.

The study was done by researchers at the Erasmus University Medical Center in the Netherlands.  It was published recently in a medical journal known as Nature Reviews Nephrology.  A link to the study can be found here (purchase required).  This study is basically an additional layer of analysis of a study done by researchers in Japan that was published earlier this year.  A link to the previous study can be found here.  That study involved detailing a randomized group of more than 1,100 patients suffering from hypertension and chronic heart failure.  That study’s findings were as follows:

The Dutch analysis furthered the argument that combining these three medications is dangerous for patients falling into this relatively common situation.

Benicar is a medication that is used to treat hypertension, which is more commonly known as high blood pressure.  It is manufactured by Daiichi Sankyo and it was originally approved for use in the United States by the FDA in 2002.  Since its release, the medication has generated billions of dollars in revenue for Daiichi Sankyo.  It is a member of a class of drugs known as angiotensin receptor blockers, or ARBs.  Benicar is also available in other markets around the world.

Other Alleged Benicar Side Effects

Benicar has also been in the news in recent years because of allegations of Benicar side effects.  The most prominent allegations involve those which state that Benicar leads to intestinal conditions such as chronic diarrhea and sprue-like enteropathy.  These problems have led to the filing of Benicar lawsuits by consumers across the United States.  The latest situation regarding this medication could lead to additional scrutiny on Benicar.

If you have used Benicar and you’ve suffered as a result, you need to take action to stand up for your legal rights.  Contact the Benicar lawyers at Parilman & Associates today to schedule a free initial consultation.  You can either email the firm or call 800-800-DRUG.