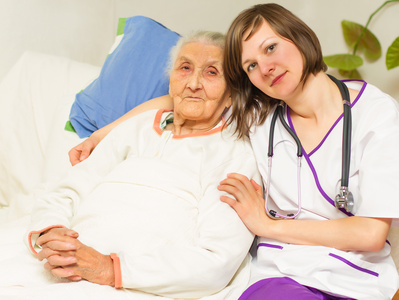 Findings from a study introduced at an American Heart Association conference recently suggest that using blood thinners could raise the risk of patients developing dementia.  If popular blood thinners such as Coumadin and Plavix are used in heavy doses for prolonged periods of time, small brain bleeds could develop.  That’s the conclusion drawn by researchers from Utah.  People who suffer from small brain bleeds eventually run a higher risk of developing this debilitating brain condition.  The conclusion drawn by this study is prompting many in the scientific community to take another close look at the risks presented by these medications.

The study was completed by researchers at the Intermountain Medical Center Heart Institute in Utah, and a link to a description of the study and its conclusions can be found here.  The study focused on common blood thinners.  These medications are taken by people who suffer from a condition known as atrial fibrillation, which is more commonly known as an irregular heartbeat.  The reason that these drugs help people suffering from this condition is because when the heart beats irregularly, blood can remain in the heart’s upper chambers.  The blood can then form clots that can escape from the heart and travel to the brain, causing strokes.  Blood thinners, or anticoagulants as they’re called in the medical world, limit the possibility of these clots forming.

Unfortunately, this study concludes that using heavy amounts of these medications can increase the risk of suffering from another form of harm to the brain.  The researchers tracked more than 1,000 people who suffered from atrial fibrillation but who had no history of dementia.  These subjects were tracked for as long as 10 years and all of them were taking a combination of some form of blood thinner and aspirin, which is a common approach to treating this problem.  The basic comparison showed that subjects who were receiving too much warfarin, an active ingredient in many blood thinners, were more than twice as likely to be diagnosed with dementia as those who were receiving a more reasonable amount of medication in their doses.

What this conclusion basically means, aside from the fact that too much of this medication can lead to devastatingly negative results, is that the need for closely monitoring patients who use these medications is paramount.  While strokes and dementia are two different medical problems, the results are not much different in that they inflict irreversible harm on the brain and can destroy a person’s life or even end it in some cases.

What This Study Means For You

If you are a person who suffers from an irregular heartbeat and you are using a blood thinner along with aspirin to lower the risk of suffering a stroke, you need to make sure that your doctor is managing your situation with intense scrutiny.  If you or someone you love has been harmed as a result of using any of these medications, you need to contact the defective drugs attorneys at Parilman & Associates as soon as possible to schedule a free initial consultation.  You can either email the firm or call 800-800-DRUG.