Study Concludes That Brain Bleeds from Xarelto, Other New Blood Thinners Are Hard to Stop 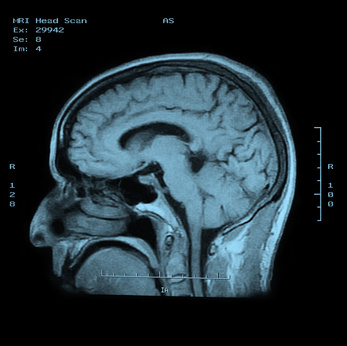 A recent study has concluded that when certain new blood-thinning medications cause brain bleeds, it can be very difficult to reverse those problems in time.  The study analyzed new blood thinners such as Xarelto and Pradaxa.  The basis of the problem is that these drugs have been approved by the FDA but no known antidote is available to stop brain bleeds when they arise.  Therefore, medications that are designed to lower the risks of strokes can actually lead to strokes if blood fills the skull of patients and doctors are not able to act quickly to stop it.

The study was published in the Journal of Neurosurgery, and a link to that study and its corresponding analysis can be found here.  Researchers from several different academic institutions and surgical centers looked at how ‘old’ and ‘new’ anticoagulants that are used to prevent strokes could be counteracted when brain bleeds arise.  Their conclusions were not positive in nature for those who are using medications such as Xarelto.  Unfortunately, this situation only becomes more dangerous because when a brain bleed erupts, every second matters.  The longer a brain bleed lasts, the more damage is done, and patients can suffer permanent brain damage or even lose their lives.

How These ‘New’ Blood Thinners Came About

For many years, the medical community has turned to a substance known as warfarin to serve as an anticoagulant.  Many patients need this type of medication if they suffer from atrial fibrillation, which in common terms is an abnormal heartbeat.  Abnormal heartbeats can lead to the clogging of blood inside the body, which can in turn lead to strokes.  Warfarin has proven to be an effective substance in dealing with this problem, but the treatment protocol is quite complicated and requires ongoing monitoring and management.  However, there are options available to reverse the effects of Warfarin if a brain bleed occurs.

These ‘new’ blood thinners such as Xarelto and Pradaxa have been approved for use by the FDA because they are seen as an easier alternative for patients.  They are simpler to administer and they do not require the same level of monitoring that warfarin does.  As such, many medical facilities have begun to use these new medications.  Unfortunately, these brain bleeds have led to many serious problems with patients and to the filing of Xarelto lawsuits around the country.

The Study’s Conclusions and Your Legal Rights

The study linked above concluded that while there could be some substances that exist that could counteract these new blood thinners, none of them are currently being used widely.  That means that many doctors are in-effect hamstrung when a patient develops a brain bleed.  That has led to a large number of lawsuits.  The makers of Pradaxa recently agreed to a settlement of $650 million to compensate people who have been harmed by that drug.  No wide-ranging Xarelto settlement has yet been negotiated.

If you or someone you love has used any of these medications and you’ve suffered as a result, you need to contact the Xarelto side effects lawyers at Parilman & Associates as soon as possible to schedule a free initial consultation.  You can either email the firm or call 800-800-DRUG.