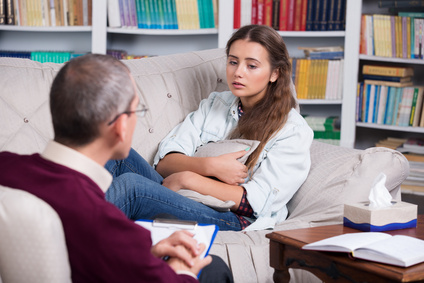 American children insured by Medicaid and in particular foster children are being given anti-psychotic medications at such a high level that the need for long-term research has arisen. This is the conclusion drawn by researchers from the University of Maryland who recently completed a study. The study looked at children who had been diagnosed with attention deficit hyperactivity disorder, or ADHD. It found that drugs such as Risperdal and Abilify were given to children based on reasons other than sound science. Specifically, the study concluded that poor children are being given these medications at a rate that could lead to serious problems in the future.

The study, a link to which can be found here, reviewed administrative data relating to more than 266,000 children between the ages of 2 and 17. The children were all enrolled in a mid-Atlantic state Medicaid program in 2006. The findings laid out in the study were disturbing to some considering the possibility that people using atypical antipsychotic medications could eventually develop Abilify and Risperdal side effects.

These findings included the following:

• The median annual duration of atypical antipsychotic use was 180 days, or six months.
• Children between the ages of 2 and 12 years old had a median usage of 192 days.
• Adolescents between the ages of 13 and 17 had a median usage of 179 days.
• ADHD-diagnosed children in foster care were more than three times more likely to be prescribed a drug such as Abilify or Risperdal than other Medicaid enrollees.
• Nearly one-third of foster children who were prescribed these medications used them for more than 250 days.

The study hints that children with ADHD and who met these criteria were simply given medication to deal with perceived behavioral and focus problems. The researchers called for close research of children in this position to learn whether or not these medications were effective. They also want to track these types of children to watch for the appearance of side effects or other problems.

About Risperdal and Alleged Risperdal Side Effects

Risperdal is an atypical antipsychotic, and it was originally approved for use in adults by the FDA in 1993. It was approved for use in children in 2006. It was formulated to treat schizophrenia and certain aspects of bipolar disorder. Over the years, it began to be used for other purposes such as ADHD, and the widespread use of the medication has led to allegations of serious Risperdal side effects. The most common of these side effects is allegedly the development of gynecomastia in adolescent boys. Gynecomastia is the development of breasts.

People who suffer from Risperdal side effects need to take steps to protect their legal rights. However, taking on a corporate titan such as Johnson & Johnson requires much in the way of skill and resources. Consumers who face this difficult situation need to obtain the help of Risperdal side effects lawyers who have a long track record of holding large corporations accountable. If this includes you, contact Parilman & Associates today to schedule a free initial consultation. You can either email the firm or call 800-800-DRUG.