Study Concludes Side Effects of Cipro, Septra, Other Antibiotics May Increase Risk of Sudden Death 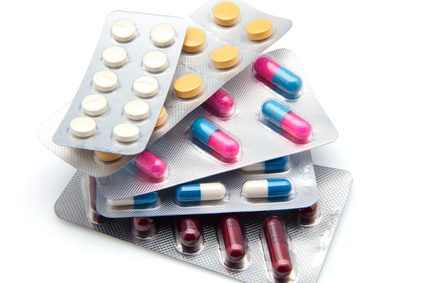 A recent study has concluded that when older patients who are taking blood pressure medications also take certain antibiotics, their risk of sudden death can increase.  The study was done by researchers in Canada.  The conclusions reached bring additional scrutiny on two classes of medication.  One class is known as angiontensin converting enzyme inhibitors, more commonly referred to as ACE inhibitors.  The other is angiontensin receptor blockers, otherwise referred to as ARB’s.  These findings could prompt additional study and should lead to some caution for patients who are taking these medications.

The study was completed by researchers from hospitals and academic institutions in Toronto, and it was published in September of 2014 in the British Medical Journal.  A link to the text of the study can be found here.  The study spanned from 1994 until 2012, and it involved an analysis of nearly 40,000 cases of sudden death.  More than 1,000 of these deaths occurred within one week of being given these combinations of drugs.  Each of those 1,000 people who died within a week of being given these medications was at least 66 years old at the time.

The researchers then compared the following sudden death rates within that group of people:

The statistical analysis revealed the following:

The researchers stated in the study’s conclusion that the presence of undiagnosed severe hyperkalemia may be responsible for this serious problem.  Hyperkalemia is a medical condition that describes someone who has high levels of potassium in his or her system.  It does not always prompt outward symptoms in patients and is often undetected by doctors because patients do not seek medical help for it.  While Cipro was one of the antibiotics mentioned in the study, Benicar is also known for its popularity as an ARB.

What This Study Means

What this study should tell consumers is that if they are taking these medications, they should consider obtaining a medical evaluation as soon as possible.  If you have lost someone you love as a result of any of these medications, you also need to take action.  You can do so by contacting the defective drugs attorneys at Parilman & Associates to schedule a free initial consultation.  You can do so either by emailing the firm or by calling 800-800-DRUG.