Study Finds That Side Effects of Prilosec, Nexium, Other Heartburn Drugs May Increase Risk of Infections 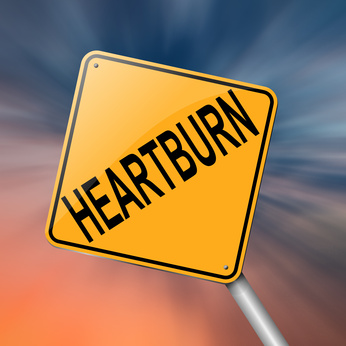 A study that was published recently concluded that taking popular heartburn medications such as Prilosec and Nexium can leave people vulnerable to gastrointestinal infections.  The basic reason for this vulnerability is because these medications can upset the chemical balance in a person’s system.  If the conclusions reached in this study are in fact accurate, then this problem would only add another risk to the use of these medications.  There have already been reports of people who use these medications who have faced a greatly increased risk of suffering broken bones.

About Prilosec, Nexium and Other Heartburn Drugs

Prilosec and Nexium are popular brand name heartburn medications that are members of a class of drugs known as proton pump inhibitors, or PPIs.  PPIs are used to treat conditions such as:

The study of Prilosec, Nexium and other medications was published in late November in a medical journal known as Microbiome.  A link to the text of the study can be found here.  The researchers were mostly from the Mayo Clinic, and 10 study subjects were chosen.  Five of the subjects were men and five were women, and they ranged in age from 18 to 57.  One person was removed after baseline testing.  One group of subjects was given high doses of PPIs over the course of one month.  The other group was given low doses over the same amount of time.

What the researchers found was that regardless of whether a person was given high or low doses of a PPI medication, using that medication reduced the amount of what is known as ‘good’ bacteria in the stomach and intestines.  This ‘good’ bacteria helps to ward off problems that include gastrointestinal infections, and if not enough of it is present a person will most likely face these problems.  The medical term for these problems is Clostridium difficile infections, or CDIs.  In addition to finding no real difference between those who took high and low doses of the medication, the researchers also found that when people stopped taking PPIs the ‘good’ bacteria levels began to recover.

Prilosec, Nexium and the FDA

This is not the first time that the public has been made aware of this potential problem.  In 2012, the FDA issued a public warning of the potential link between these drugs and these health problems.  The FDA has issued additional warnings regarding PPIs since that initial statement was made.  The FDA had been dealing with the potential problems relating to the use of PPIs in one way or another since early in 2010.

If you or someone you love has been harmed as a result of using Prilosec, Nexium or some other PPI medication, you need to contact the defective drugs lawyers at Parilman & Associates today to schedule a free initial consultation.  You can either email the firm or call 800-800-DRUG.