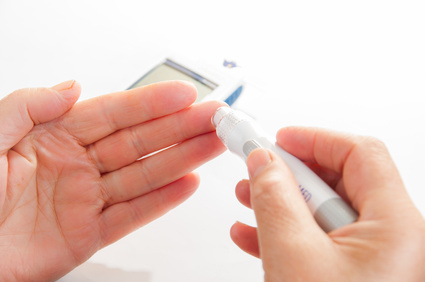 The British Medical Journal has recently published the results of a study that indicate that using statins such as Crestor and Lipitor can increase the risk of developing diabetes.  Statins are a class of medications that include Crestor and Lipitor, and they are prescribed to patients to lower cholesterol levels.  Ironically, diabetes and high cholesterol levels can lead to the same negative consequences for patients that include increasing the risk of heart attacks and strokes.  This latest study only adds to the growing body of research that identifies this potential risk.

It’s possible that the release of the data identified in this study could add to the number of Crestor and Lipitor lawsuits that have been filed across the United States.  There have already been numerous claims initiated after patients discovered that they had contracted diabetes after using this medication.  This most recent Lipitor and Crestor diabetes risk study comes only months after a different study was published in the United Kingdom that basically came to the same conclusion.

About the Study at Issue

The study, a link to which can be found here, reviewed the medical records of 136,966 patients who were at least 40 years old who were treated with statins between 1997 and 2011.  The patients were located in Canada, the United Kingdom and the United States.  The results revealed that during the first two years of regular statin use, the researchers found what they termed a “significant increase in the risk of new onset diabetes with higher potency statins compared with lower potency agents.”  They also found that this risk appeared to be at its highest during the first four months of the use of these medications.

Why Statins Are Used

Statins are used because high cholesterol is a significant health problem, particularly in the United States.  Statins such as Crestor, Lipitor and Zocor are prescribed to help manage these high cholesterol levels.  They basically work by inhibiting the production of HMG-CoA reductase, an enzyme that is integral in the development of cholesterol.  They have proved to be effective over the years, as it’s estimated that these medications generate nearly $15 billion in sales on an annual basis.

Unfortunately for many people, the use of these medications can lead to serious health problems including the development of diabetes.  As such, Lipitor diabetes lawsuits, Crestor lawsuits and other legal claims have been filed against manufacturers such as Pfizer and AstraZeneca.  The FDA has also gotten involved with this issue by requiring the manufacturers of these medications to add warnings regarding blood glucose levels to the containers of these products.

If you or someone you love is among those who have been harmed as a result of using medications such as Crestor or Lipitor, you also need to take action to defend your legal rights.  You can do so by contacting the defective drugs lawyers at Parilman & Associates to schedule a free initial consultation.  You can either email the firm or call 800-800-DRUG.