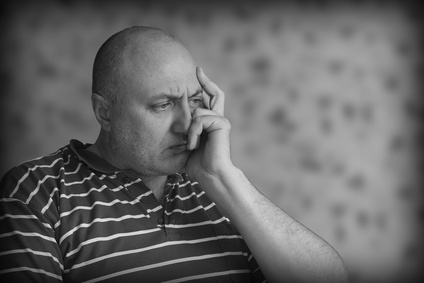 Research that was recently released to the public indicates that middle-aged men who use Risperdal may face a higher risk of gynecomastia than others.  Risperdal is an antipsychotic medication that is used to treat schizophrenia in adults.  Gynecomastia is a condition whereby a male’s breasts suddenly begin to develop and grow.  To date, most thought that this link between Risperdal and gynecomastia was limited to boys or young men.  According to this research, males of almost any age may face this risk if they use this medication.  This study is believed to the first to potentially expand the pool of at-risk men who use Risperdal.

The research was conducted and presented to a meeting of the American Association For Geriatric Psychiatry, or AAGP, earlier this spring.  The basic findings were published as a Letter to the Editor in the Journal of Clinical Psychopharmacology a few weeks ago.  A link to that letter can be found here, and it lays out findings that could be very troubling for anyone who either uses or prescribes Risperdal given the newly-discovered risks.  These findings could serve as supportive evidence to men who file Risperdal lawsuits, as many younger men have already done across the United States.

Most people are not familiar with this condition, but according to estimates anywhere between 15 and 20 million men in the United States suffer from it in differing levels of severity.  Gynecomastia occurs because of a hormonal imbalance between estrogens and androgens.  When the female hormone estrogen occurs in excess in the male body, the gland tissue in the male breast can enlarge.  This growth is usually symmetrical, meaning that it occurs in both breasts, although it can be unilateral as well.  There are no drugs approved by the FDA for treating gynecomastia.  Some cases resolve themselves over time, but others require invasive surgery.

The study mentioned above could be significant with regards to the number of men who may find themselves in a position to file a Risperdal lawsuit.  If you or someone you love has taken this medication and you’ve developed gynecomastia, you need to take steps to evaluate your legal rights and options.  Contact the Risperdal side effects lawyers at Parilman & Associates today to schedule a free initial consultation.  You can either email the firm or call 800-800-DRUG.