Study Indicates Viagra Side Effects Could Include Melanoma Skin Cancer 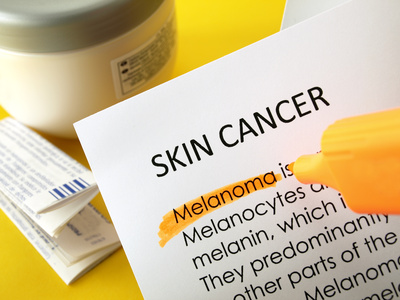 A study that was recently published indicates that users of Viagra face a much higher risk of developing melanoma skin cancer than men who do not use the drug.  The study stopped short of stating that skin cancer melanoma should definitely be included in the list of Viagra side effects.  However, the researchers indicated that there should be more studies done regarding this potential link between the use of this medication and this very dangerous disease.  It seems clear that the findings in this study should lead to a rise in the level of caution exercised by men who take Viagra and doctors who prescribe it.

The study’s details appeared in a recent issue of JAMA Internal Medicine, and a link to the abstract of the study can be found here.  The research involved reviewing information provided by more than 25,000 men who had provided answers to questionnaires that dealt with the subjects’ use of Viagra and whether or not they encountered any problems relating to skin cancer and/or melanoma over the course of 10 years.  The subjects were also asked whether they had encountered problems with squamous cell carcinoma (SCC) or basal cell carcinoma (BCC) within the same timeframe.

The data that is garnering attention is as follows:

While the raw number of melanoma cases may seem small, it should be noted that based on comparison to the general population, men who used Viagra were 84 percent more likely to develop melanoma than men who had never used the medication.

Melanoma is a serious form of skin cancer that can be deadly if it is not caught early and treated aggressively.  It starts to develop in skin cells that control the color of the skin and it tends to advance quickly.  The following facts are known with regards to melanoma:

Obviously, it’s critically important for people to know as early as possible that they have contracted melanoma.  Their lives may depend on an early diagnosis.  If you have used Viagra and you notice any type of unusual mole or moles developing on your skin, you need to make sure to obtain a full medical evaluation as soon as possible.

If you have used Viagra and you have contracted melanoma, you should also make sure that you have your legal rights thoroughly reviewed and analyzed.  You can do so by contacting the Viagra skin cancer lawyers at Parilman & Associates today to schedule a free initial consultation.  You can either email the firm or call 800-800-DRUG.