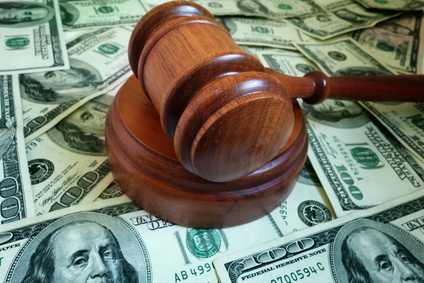 The manufacturer of diabetes medication Actos has proposed a $2.2 billion settlement to resolve thousands of claims against it.  Takeda Pharmaceuticals has made the offer in response to more than 8,000 Actos lawsuits that have been filed against the company.  These lawsuits generally allege that using this medication led to the development of bladder cancer and that the company allegedly concealed knowledge of this risk.  If the $2.2 billion number is accurate and it’s accepted, that would work out to a recovery of approximately $275,000 per individual plaintiff.  As is usually the case in these situations, Takeda Pharmaceuticals has made no official comment on this reported offer.

While $2.2 billion is undoubtedly a staggering amount of money, many attorneys for plaintiffs in these lawsuits are arguing that it is not nearly enough to achieve an equitable result for everyone involved.  That’s because bladder cancer can and usually does result in more than $275,000 in medical costs and other forms of loss.  No one at this point is sure whether or not a settlement will be reached or if additional negotiations will be necessary.  If no agreement is achieved, then these Actos lawsuits will ultimately proceed to trial.

Several Actos lawsuits have already gone to trial, including one that is known as a bellwether trial for an Actos MDL, or multidistrict litigation.  More often than not, the trial led to verdicts in favor of the plaintiffs, although a few did wind up favorable for the defendants.  The most well-known Actos lawsuit to date involved a bellwether trial in Louisiana.  That trial led to a stunning verdict of $9 billion against Takeda and Eli Lilly and Co., its partner in the medication.  However, that verdict was ultimately reduced to $36.8 million.

Regardless of the reduction in that large Actos verdict and the fact that a few of these cases have gone in the favor of the defendants, the fact that Takeda Pharmaceuticals is apparently willing to pay out this amount in a universal settlement is a sign to many that the company is not willing to face what could be additional liability.  That’s generally what is happening with companies who take this step, as their interest is removing the possibility of additional financial exposure in the future.

Actos Lawsuits and Your Legal Rights

It should be noted that people who have been harmed as a result of using Actos need to act quickly if they want to make sure that their rights are protected.  The only people who may be entitled to a share of this possible settlement are people who have already filed Actos lawsuits and those who are prepared to file against the manufacturer.  Therefore, if you have suffered because of this drug, you need to seek the advice of experienced Actos bladder cancer lawyers as soon as possible.  You can do so by contacting Parilman & Associates today to schedule a free initial consultation.  You can either email the firm or call 800-800-DRUG.