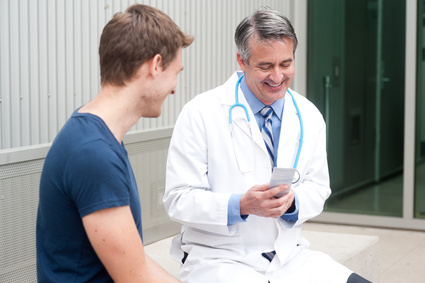 Medical experts are beginning to call for standardized testing for men who may or may not need testosterone replacement therapy.  There are wide variations in the results obtained from blood tests administered to determine if a man has low testosterone.  These variations make it very difficult to truly understand if a man should be prescribed medication that is meant to help raise the levels of this hormone.  As such, it’s possible that many men around the country are using these medications without really needing them.  Unfortunately, testosterone medications have been linked to serious potential side effects such as heart attacks, strokes and death in some studies.

As of now, a man will need to have a blood test done in order to determine whether or not his testosterone levels are too low.  If that blood test shows what is commonly known as low-T, then the patient will be prescribed a medication that is basically synthetic testosterone.  These medications can come in injection form, they can come in topical rub form and they can be administered in other ways.  The bottom line is that these medications are designed to quickly raise the levels of testosterone in a man.

The problem that has been arising is that different labs that do this testing of the blood have different protocols and standards.  Therefore, the same vial of blood could produce very different results depending on who tests it, when it’s tested, how it’s tested and what those testers look for before providing those results.  Some statements have indicated that the same blood can produce results that vary by as much as 30 percent.  Differences this large can and likely often do make the difference between someone being prescribed testosterone medication or not.  These varied results could also lead to the over-treatment of some patients, meaning that some of them would be receiving too much medication.

If these testosterone-based blood tests are standardized, then the question of which men would be prescribed this medication would lead to much more predictable answers.  It would also likely lower the number of men who are undergoing what is known as testosterone replacement therapy, or TRT.  That may not sit well with some of the drug companies that are manufacturing these products, as every estimate in existence reveals that this is now a multi-billion-dollar industry.

The testosterone replacement therapy phenomenon has been one that has exploded in the United States over the past decade.  Millions of men have undergone TRT, and to this point not enough is known about the long-term effects of using these medications.  What is known is that there have been troubling signs that have been revealed, and perhaps standardized testing for access to this medication could make a positive difference.

In the meantime, there will be men who will suffer testosterone replacement therapy side effects.  If this has happened to you, contact the testosterone therapy lawyers at Parilman & Associates today to schedule a free initial consultation.  You can either email the firm or call 800-800-DRUG.