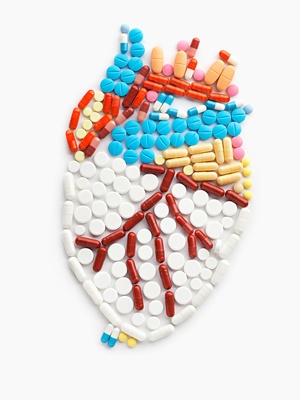 Aveed, a new injectable testosterone replacement therapy drug that is manufactured by Endo Pharmaceuticals, has been approved by the FDA.  This approval is highly controversial because it failed to obtain approval three times prior to this decision.  The approval also comes at a time when advocacy groups are asking the FDA to halt approval for new testosterone replacement therapy medications because of serious concerns regarding side effects.  These side effects include heart attacks, strokes and death.  The approval was announced by Endo Pharmaceuticals on March 6.

One of the reasons that Aveed had so much trouble obtaining approval from the FDA is because of its ingredients.  In addition to testosterone, the medication also contains castor oil.  This substance is one that some suspect can lead to the development of pulmonary embolisms and other problems.  Pulmonary embolisms are blood clots that form in the lungs.  These clots can be extremely dangerous and even fatal if they are not diagnosed promptly and treated aggressively.  No one seems certain as to what changed with regards to Aveed such that it suddenly obtained approval.

Aveed is seen as somewhat different from other testosterone replacement therapy medications.  That’s because it is being marketed as a ‘long-term’ solution.  It is administered to men who have been diagnosed with low testosterone, or low-T.  The injections are 3 milliliters in volume and they are only supposed to be taken once every 10 weeks.  Aveed is expected to be released onto the marketplace within a matter of weeks.

Aveed now joins a market that has come under increasing scrutiny recently.  Medications such as AndroGel, Androderm, Axiron and Testim have already been the target of allegations regarding testosterone replacement therapy side effects.  These allegations gained public notice after two large-scale studies were done that concluded that the use of these medications increased the risk that men could suffer heart attacks, strokes and even death in some cases.

What This Means For You

If you are a man who is considered a candidate for testosterone replacement therapy, you should proceed with extreme caution.  You should ask pointed questions of your doctor who is prescribing these medications regarding the potential for side effects.  If you or someone you love has been harmed as a result of using these medications, you need to contact the testosterone replacement therapy lawyers at Parilman & Associates to schedule a free initial consultation.  You can do so either by emailing the firm or by calling 800-800-DRUG.