More Time to Organize? GranuFlo/Naturalyte Dialysis Lawsuits May Be Delayed As More Claims Are Filed 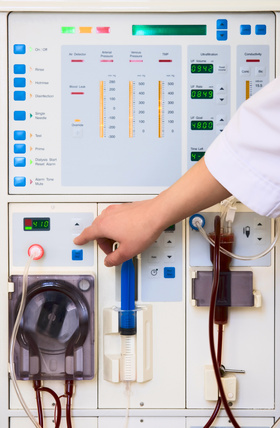 More than 400 individual lawsuits have been filed against Fresenius Medical Care, the manufacturer of GranuFlo and Naturalyte. These products are used with kidney dialysis treatments. Hundreds of people have filed these claims because they allege that they suffered serious harm as a result of using them. Originally, approximately 100 of the first claims filed were consolidated in Massachusetts. This step is usually taken in order to prevent repetitive discovery processes and potentially long delays in having all of these claims heard.

However, those additional 300-plus lawsuits that have been filed against Fresenius Medical Care have led judge overseeing this entire matter to consider delaying the process. That’s because ‘test’ cases that are known as bellwether cases will likely be chosen. The judge is going to consider this delay because the parties involved have requested it. Both sides likely would like to have bellwether cases chosen and moved forward for several reasons. These handful of individual claims will move forward while the others wait their turns.

Some examples of why bellwether cases can benefit those involved in these massive lawsuits include:

• They allow attorneys on both sides to consider arguments that are both effective and ineffective.
• They provide a ‘preview’ of sorts with regards to the types of evidence that will be admitted in subsequent trials.
• They set the tone for the expected results of future claims.
• They can prompt the defendant to open itself up to settlement negotiations if the initial results favor injured consumers.
• They tend to speed the process for everyone involved in these enormous legal controversies.
Even if a delay occurs because of these additional cases, that delay could lead to a more efficient handling of the claims.

These hundreds of lawsuits have been filed against Fresenius Medical Care because patients faced what is alleged to be a high risk of suffering from cardiac arrest as a result of using these products. GranuFlo and Naturalyte are massively popular, which means that thousands of people may have been injured because of them. These products are used to treat blood that is pumped out of the body so that impurities can be removed before the blood is put back into the patient. Basically, these acid-based products artificially serve the functions of healthy kidneys.

One internal review conducted by Fresenius Medical Care estimated that at the time, nearly 1,000 people had suffered cardiac arrest during kidney dialysis treatments. That review was conducted in 2010. Many legal experts predict that ultimately, thousands of Fresenius kidney dialysis lawsuits will be filed against the company. If that’s what happens, these bellwether cases will only become that much more important with regards to future claims.

If you have undergone kidney dialysis treatments and you suffered a cardiac arrest, you need to find out what product was used during those treatments. If you believe you were harmed as a result of either one that relates to this controversy, you need to seek the help of Fresenius kidney dialysis lawyers who know what it takes to hold corporations accountable on behalf of consumers. Contact Parilman & Associates today to schedule a free initial consultation.