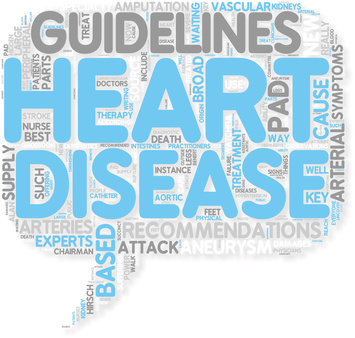 New treatment guidelines could lead to as many as 13 million Americans filling prescriptions for statin drugs.  These guidelines were recently made public after they were released last fall by the American College of Cardiology and the American Heart Association.  Statin drugs are used to lower cholesterol levels, and these guidelines have been met with much in the way of controversy.  Supporters of the guidelines believe that these recommendations speak to the dangerous levels of cholesterol that many Americans are living with.  Others feel that putting millions of people on statins such as Lipitor could lead to a much higher risk of side effects associated with these medications.

Based on the hypothetical application of these new guidelines, almost half of all Americans between the ages of 40 and 75 would be candidates to begin using statin drugs.  In addition, almost every American man over the age of 60 would also need to start using Lipitor, Zocor or some other leading statin medication.  These new guidelines were recently analyzed by statisticians, and the following facts were uncovered:

Potential Boon for Lipitor and Other Statins and Potential Risks

Clearly, moving millions of additional people onto statin prescriptions could lead to hundreds of millions if not billions of dollars in revenue for Pfizer, the manufacturer of Lipitor, and other pharmaceutical giants.  As stated above, it could also lead to millions of people encountering risks of Lipitor side effects or those associated with other statins that could prove to be extremely dangerous.  Many people have allegedly developed liver problems as a result of using Lipitor.  Many others have alleged that they developed type 2 diabetes after using the medication.

Know the Risks and Your Legal Rights

It would be a cruel twist of irony for someone to begin taking a statin to avoid the risk of heart attacks and strokes only to contract type 2 diabetes.  That’s because this condition heightens the risk for heart attacks and strokes among other serious problems.  If you fall under the new guidelines and you are told to start taking medication, be prepared to ask your doctor direct questions.  If you or someone you love has been harmed as a result of taking a statin, contact the Lipitor side effects lawyers at Parilman & Associates today to schedule a free initial consultation.  You can either email the firm or call 800-800-DRUG.