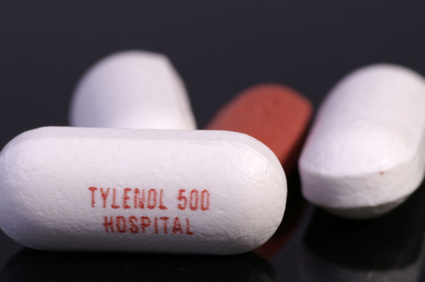 More than 100 Tylenol lawsuits that are currently active in Pennsylvania have been moving forward through the discovery process.  On January 7, those cases received a proverbial ‘push’ from the judge overseeing the case when an order was issued regarding relevant documents.  The judge ordered the defendants, Johnson & Johnson and McNeil Consumer Healthcare, to produce documents within their control that relate to prescription drugs that contain acetaminophen.  The judge also ordered the defendants to produce documents that relate to acetaminophen and liver damage, the prevention of liver damage and studies of liver damage because of the use of acetaminophen.  This order may provide plaintiffs with the opportunity to find out what the defendants knew about this ingredient before putting it in their products.

Acetaminophen is the active ingredient in Tylenol, and these 100-plus plaintiffs have filed lawsuits against the defendants because they believe that they suffered liver damage as a result of using medications containing this ingredient.  The plaintiffs allege that they used these over-the-counter medications as directed, but that the defendants failed to properly warn consumers of the potential dangers of using medications containing acetaminophen.

Many Tylenol lawsuits allege that consumers accidentally overdosed on acetaminophen because of the lack of warnings on the labels of the medication.  Some who were injured by using Tylenol allege that they suffered liver damage.  Others alleged that they had to undergo liver transplants.  Still other plaintiffs are family members of people who were allegedly killed by liver failure that was caused by overdosing on acetaminophen.

According to the Food and Drug Administration, or the FDA, acetaminophen ingestion was the responsible for the following between the years of 1990 and 1998 across the United States:

The FDA has also asserted that acetaminophen was the leading cause of acute liver failure in the United States between 1998 and 2003.

In addition to the Tylenol lawsuits that have been filed, the FDA has put new requirements in place.  These requirements involve limiting the amount of acetaminophen in any dose of medication to 325 milligrams.  Some types of medication, including some within the Tylenol product line, contained 500 milligrams of acetaminophen per dose.  These requirements are intended to warn consumers of risks involved with this ingredient and help them avoid an overdose.

What It Could Mean for You

It’s possible that there are many other people out there who suffered liver damage as a result of taking Tylenol or some other medication containing acetaminophen.  It’s also possible that at least some of these people may not fully understand how they came to endure such suffering.  If you took any medications containing acetaminophen and you may have suffered liver damage as a result, you need to look into the situation more closely.

You can do so by seeking the help of Tylenol lawsuit lawyers who have been standing up for the rights of consumers across the United States for many years.  Contact Parilman & Associates today to schedule a free initial consultation.