Tylenol Side Effects Trial, Alleging Liver Failure, Set To Begin in June of 2015 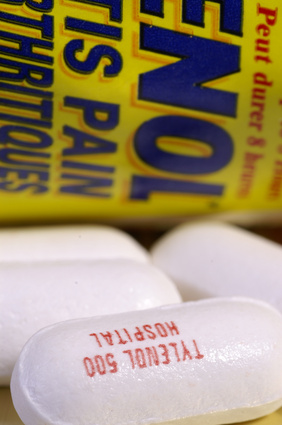 A Tylenol wrongful death lawsuit is set to begin in June.  This lawsuit is what is known as a bellwether lawsuit in that it is the first of many that have been consolidated against Johnson & Johnson and its subsidiary, McNeil Consumer Healthcare.  The lawsuit alleges that a woman used Tylenol for pain for a period of one week and lost her life as a result of liver failure.  Liver failure is one of the most commonly alleged Tylenol side effects.  As is the case with all bellwether trials, this case is expected to have a substantial effect on how the rest of the claims filed against Johnson & Johnson are handled.

Why Tylenol Liver Failure Lawsuits Have Been Consolidated

When cases like these are consolidated into one large matter, it’s generally because fairness dictates that such a step is taken.  That’s because when hundreds or thousands of people file similar lawsuits against similar defendants, it can take years for each of these claims to see the inside of a courtroom.  This is not fair to those consumers who have been harmed nor is it fair to defendants who have to spend the same amount of time defending each of these claims.  The standard for consolidating cases usually involves situations where the claims filed are substantially similar and the defendants are finite in number.  That appears to be the case with these Tylenol liver failure lawsuits.

What Is a Bellwether Trial or Trials?

When a Multidistrict Litigation, or MDL, is formed, one or a few of the individual claims filed are chosen to be heard first.  That’s because doing so will usually set the tone for the subsequent claims that will proceed at a later date.  Many times in the past, when consumers have won successful outcomes in bellwether trials, the defendant or defendants have decided that a better course of action for them would be to negotiate settlements for the existing claims.

Why Was a Tylenol Side Effects MDL Formed?

A Tylenol side effects MDL was formed because many people around the country filed lawsuits against the manufacturer based on alleged harm they suffered as a result of using this over-the-counter medication.  Specifically, these claims allege that people who suffered liver damage or failure after using Tylenol did so because they were ingesting too much acetaminophen, which is the active ingredient in Tylenol products.  Recently, the manufacturer has lowered the recommended daily dosage of its medications.

What If You Have Suffered from Tylenol Side Effects?

If you or someone you love has been harmed as a result of using Tylenol, you need to take action to make sure that your legal rights are properly protected and enforced.  You should do so with the help of Tylenol side effects lawyers who understand what it takes to hold corporations accountable for the harm they have caused.  Contact the team at Parilman & Associates today to schedule a free initial consultation.  You can either email the firm or call 800-800-DRUG.