Verdict of $3.5M Returned for Estate of Woman In Secondary Exposure Mesothelioma Lawsuit 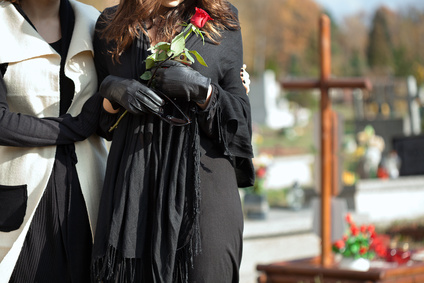 A jury in Washington has awarded the estate of a woman $3.5 million in damages in a mesothelioma lawsuit.  The jury apparently believed the allegation regarding how the woman was exposed to asbestos.  According to the complaint filed in the case, the woman was exposed to this dangerous substance at home.  The case presented by the woman’s estate claimed that the material was brought into her home after attaching to her husband’s work clothes.  The jury held that the one remaining defendant named in the case should be liable for the damages that were awarded.

Facts of the Mesothelioma Lawsuit

The woman’s husband worked at the ARCO Cherry Point Refinery in Ferndale, Washington for several years.  The plaintiff argued that this type of work exposed the woman’s husband to asbestos fibers.  These asbestos fibers would stick to the husband’s clothes.  The woman was exposed to these fibers when she would handle the clothes while washing them.  The woman was eventually diagnosed with mesothelioma last year and died before the trial.  Sadly, the woman’s husband also died recently, and at least one of the causes was allegedly related to exposure to asbestos.

The Defendants Named in the Mesothelioma Lawsuit

Originally, there were seven defendants named in the lawsuit.  They were:

After the lawsuit was filed, all of the defendants agreed to settlements with the plaintiff before trial except for Brand Insulations.

Asbestos is a substance that has come under tremendous scrutiny over the years, and for good reason.  It was originally used in several ways because its fibers are extremely resistant to flames and acts as a fire-retardant.  As such, it was often found in buildings as insulation and in many other products including the brakes on vehicles.  However, studies began to emerge years ago that showed that inhaling these fibers was often deadly.  That’s because they lodge themselves in the lungs and the body cannot expel them.  This leads to deadly diseases such as mesothelioma, asbestosis and other forms of lung cancer.  Asbestos is no longer used in most of these situations as a result.

Mesothelioma Lawsuits and Your Legal Rights

If you or someone you love has been diagnosed with mesothelioma, asbestosis or some other condition and you believe it was because of exposure to asbestos, contact the mesothelioma lawyers at Parilman & Associates today to schedule a free initial consultation.  You can either email the firm or call 800-800-DRUG.