Whistleblowers in Risperdal Settlement Receive Multimillion-Dollar Awards for Their Help 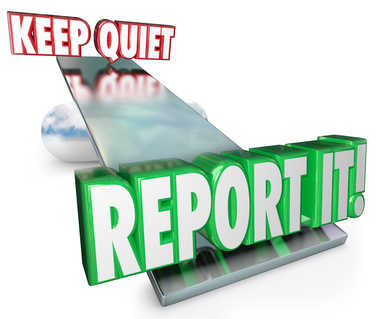 When someone who is in a position to know what a company is up to discovers that this company is doing something wrong that is hurting people, that person faces a very difficult situation.  He or she can decide to simply keep quiet and therefore keep his or her job.  He or she can also decide to tell the authorities what is happening.  While this would be the right choice most of the time, it is also the brave choice as this person will likely face a lot of stress and blowback as a result of taking this step.

This person is known in the legal world as a whistleblower, and whistleblowers have been extremely controversial figures for a long time.  Some believe that they are heroes, but others believe that they owe their loyalty to their employers.  This is a situation that played out once again with regards to Risperdal, a drug used to treat different psychological conditions.  There were eight different whistleblowers who were involved in this case, and the information provided by them was critically important in resolving the matter with Johnson & Johnson, the drug’s manufacturer.

Generally speaking, it was discovered with the help of these whistleblowers that Johnson & Johnson was illegally marketing this medication both before it was formally approved by the FDA and for conditions that it was not approved for after it hit the market legally in 2003.  In addition, there were many reports of Risperdal side effects that were quite severe in nature.  Overall, a vast majority of the states in the United States and the federal government filed complaints against Johnson & Johnson alleging these wrongdoings.

It was announced in November that the company had reached a settlement in the amount of $2.2 billion that would bring an end to these marketing claims.  This may bring an end to the claims made by the government entities, but it does not put a stop to the more than 420 Risperdal side effects lawsuits that have been filed across the country.  However, the point here is that this multi-billion-dollar settlement would not have been possible without the help of these eight brave people.

There are laws in place in jurisdictions across the country that protect the rights of whistleblowers, and there are also possibilities for those whistleblowers in terms of recovering their own rewards.  For instance, one whistleblower received more than $20 million in the $158 million settlement Johnson & Johnson made with Texas.  The other seven will receive several million dollars each for their roles in this case.  In short, there are tangible rewards for whistleblowers in addition to them knowing that they did the right thing.

If you are in a position to blow the proverbial whistle, you need to know what your rights are before moving forward.  You can do so by contacting the whistleblower attorneys at Parilman & Associates today to schedule a free and fully confidential initial consultation.