Xarelto Side Effects: Many People Unaware That Xarelto Bleed-out Can’t Be Reversed 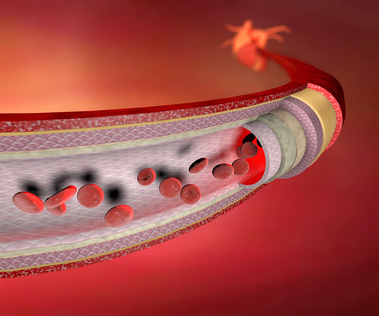 Many people are simply unaware of the fact that if they suffer bleeding as a result of using Xarelto that this internal bleeding cannot be stopped.  More people need to understand this unfortunate reality before they begin to use this medication.  Xarelto is a drug that has been hailed as a tremendous advancement for different reasons.  However, dozens of people around the United States have already learned the hard way that the most common Xarelto side effect is very dangerous.  Some families have even been forced to mourn the sudden loss of loved ones because of this emerging problem.  Many experts are deeply concerned that serious injuries and deaths caused by Xarelto side effects could explode in number in the relatively near future.

Xarelto is a medication that is manufactured by Bayer Healthcare.  Janssen Pharmaceuticals, a subsidiary of Johnson & Johnson, owns the rights to the medication in the United States.  Xarelto is known as an anticoagulant, which is more commonly known as a blood thinner.  Xarelto is used by people who want to prevent or at least slow down the clotting process when bleeding occurs.  Most often, people who benefit from what Xarelto is supposed to do are those with a condition known as atrial fibrillation, or an irregular heartbeat.  That’s because people with an irregular heartbeat can have clots form near the heart.  These clots can lead to heart attacks and strokes.  Xarelto is supposed to minimize this risk.

How Did Xarelto Become Popular?

Xarelto was initially approved for use in the United States in 2011.  It quickly began to penetrate the blood thinner market that for decades had been dominated by medications that contained a substance known as warfarin.  While these existing medications were seen as generally effective, those who used them had to be monitored closely.  That’s because people taking these medications faced the risk of similar internal bleeding.

Xarelto was a drug that was supposed to change all of that.  Using warfarin-containing medications was cumbersome because of the monitoring that was needed.  The marketers of Xarelto claimed that no such monitoring was necessary with this new medication.  As such, doctors and patients began to make use of Xarelto in large numbers.  Unfortunately, it was soon discovered that Xarelto side effects were similar to those of the previous medications.

Many people feel that Xarelto is more dangerous than those older medications.  That’s because those who suffered internal bleeds from warfarin could have that process reversed by taking vitamin K.  Dangerously, there is no existing reversal agent for bleeds that are caused by Xarelto.  This instantly puts a patient in extreme if not grave danger.  More people need to know about this danger so that they can make a sound decision when choosing this type of medication.

If you or someone you love has been harmed as a result of using this drug, you need to contact the Xarelto side effects lawyers at Parilman & Associates as soon as possible to schedule a free initial consultation.  You can either email the firm or call 800-800-DRUG.